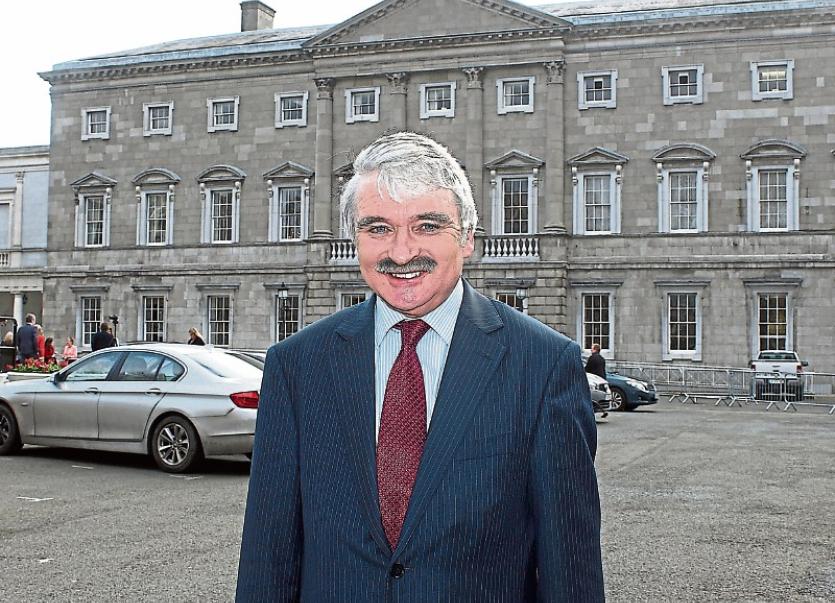 Fianna Fáil’s Willie O’Dea, who the Sunday Independent estimates is worth more than €3.3m, including a €3m pension

LIMERICK’S Willie O’Dea has dismissed a ‘Political Rich List’ ranking the financial value of every TD in Ireland as “low-grade gossip”.

The seven TDs that represent Limerick City and County are worth more than €9.8m, according to a special report published by the Sunday Independent.

The special report ranked the wealth of every Irish politician’s assets, including the value of their pensions, their properties, their businesses and their interests in shares.

Fianna Fáil’s Willie O’Dea, who was ranked number 13 on the list, told the Leader he doesn’t believe it was “very fair” to include pension value.

“I paid my contribution to my pension over a long period of time. I don’t see what the purpose of it is or how it adds to political discourse or political debate. I think it's just low-grade gossip.”

According to the report, Deputy O’Dea was found to have a total value of more than €3.3m, of which €3.06m was attributed to the value of his pension.

“I was a junior minister for a long, long time,” Deputy O’Dea said. “I hope I won’t have to avail of my pension for a long time,” he added.

According to the report, former Finance Minister Michael Noonan is worth €2.96m, including a pension worth more than  €2.7m, with shares worth €91,000. Former Education Minister Jan O’Sullivan has a pension worth €2.3m and Sinn Fein TD Maurice Quinlivan is valued at €126,469. 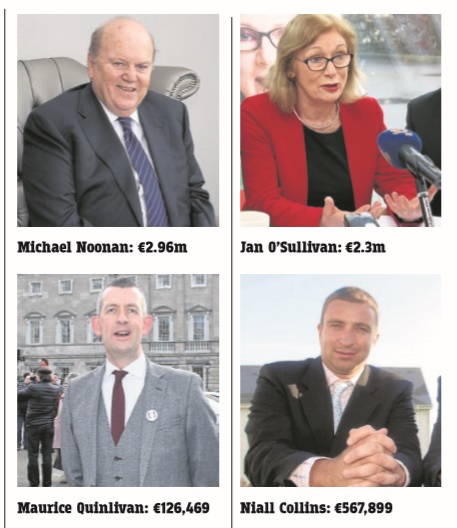