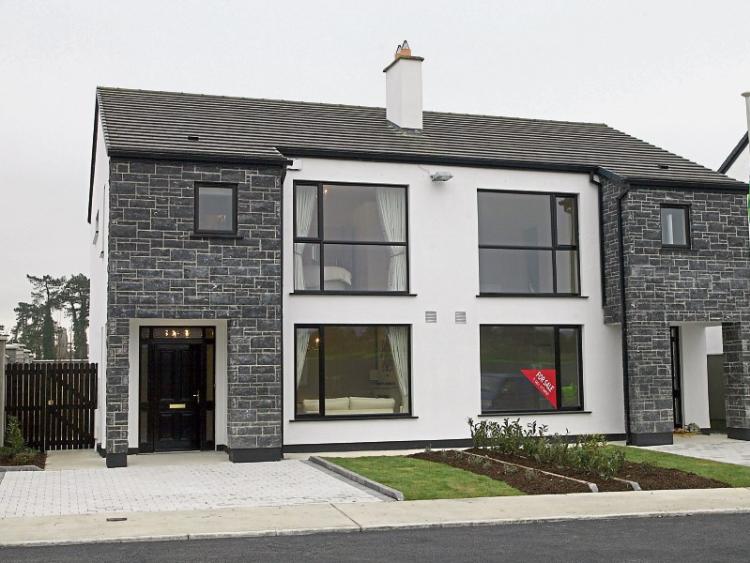 One of the houses in Sli Na Manach, Mungret; developers have submitted a revised plan for the estate’s next phase

DEVELOPERS are to seek a modification of the layout of part of a housing estate in Limerick.

Genesis Homes (Mungret) has announced its intention to ​apply to Limerick City and County Council for permission to develop 25 new houses at Sli Na Manach.

The project will replace a plan which would have seen 36 units built, in a mix of 20 homes and 16 duplexes.

The new proposed dwelling will comprise a mix of two-storey four bedroom dwellings of various sizes. Each dwelling, if permission is given, will have two off-street car parking spaces.

“They [the developers]​ seem to be kicking away. There is a lot of demand considering what is going on with Irish Cement.

“But there is such a shortage of houses in this side of the city that people are just desperate,” said Claire, who was one of the first residents of the estate almost a decade ago.

The housing crisis, she added,​ means nine out of ten newly-built homes at the high-end estate have been sold.

“There is a massive shortage. People are desperate for houses. Of course, it’s great for the builders, and it’s great for us, that finally the estate will be finished as we have been looking at a building site for a number of years,” she said. “Of course we’d be happy with more housing. We have been living on a building site for the last ten years.”

There were concerns in April 2017 whether the housing development would be completed as planned, after Genesis Homes (Mungret) was poised to be placed in receivership.

This came after Cardinal Capital pulled its financial support.

But Genesis rose again with a new backer in the form of Lotus.

The developers now have two weeks to formally submit a planning application to Limerick council.