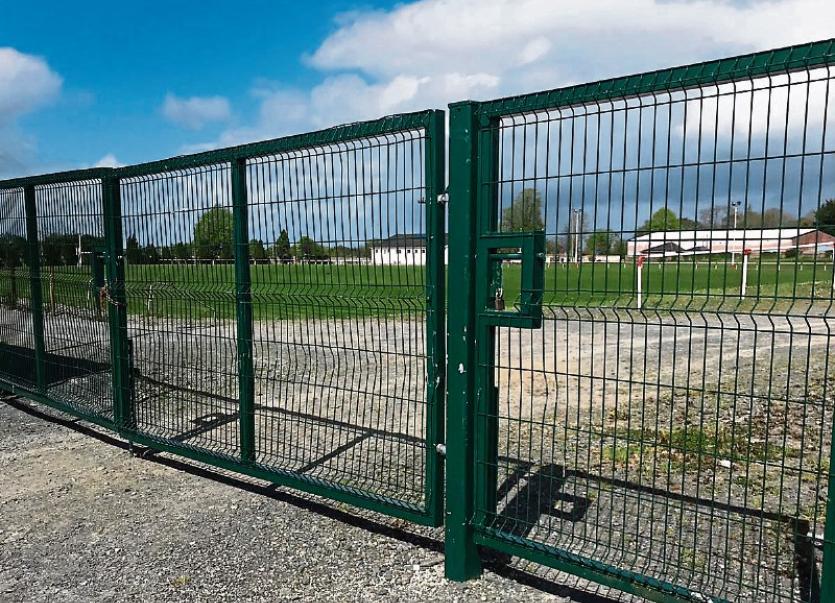 ‘Maniac’: The car was driven on Doon GAA’s walkway

AN ELDERLY lady had to dive out of the way when a “lunatic” motorist drove on a dedicated walking path around a Limerick GAA field.

The frightening incident occurred on Sunday evening around 7pm in Doon. It is understood that gardai were carrying out a routine check point near the former convent in the village.

When the male motorist spotted gardai he drove up on the footpath and rammed a car containing two children. He took off at speed, driving like a “maniac” through the village and turned onto the the narrow Toher Road towards Oola. In an attempt to evade gardai he smashed through a gate leading onto the popular walkway around the GAA field.

One local told the Limerick Leader that the driver eventually crashed his Nissan Almera into railings that separates the GAA field from the secondary school.

“He actually drove where people walk. He nearly killed someone who was using the walkway. She had to dive out of the way. She must have got an awful shock. The last thing you expect is a lunatic driving on the quiet walkway. It is a beautiful spot and fierce popular with young and old,” they said.

As well as men, women and children enjoying a stroll on the fine evening, the pitch was busy.

“Sunday was Holy Communion day in Doon so there was a good few young people in the field, who witnessed the whole thing. It could have been a lot worse. Imagine if he hit a family out for a walk after celebrating Holy Communion...” said the local.

After the driver crashed the car he made off on foot though fields. He jumped over the convent wall but gardai were waiting for him in the village and arrested him.

A garda spokesperson confirmed they are investigating a road traffic collision on May 6 at approximately 7pm in Doon.

“A man in his thirties was arrested and brought to Bruff garda station. He was later released without charge. A file is being prepared for the DPP,” said the garda spokesperson. It is understood that he is not from Doon.

“A car entered the GAA grounds and damaged railing on the walkway. Gardai were promptly on the scene to deal with the incident. Doon GAA Club would like to thank An Garda Siochana for their quick response to this incident and thankfully there were no injuries,” said Mrs Crowe.