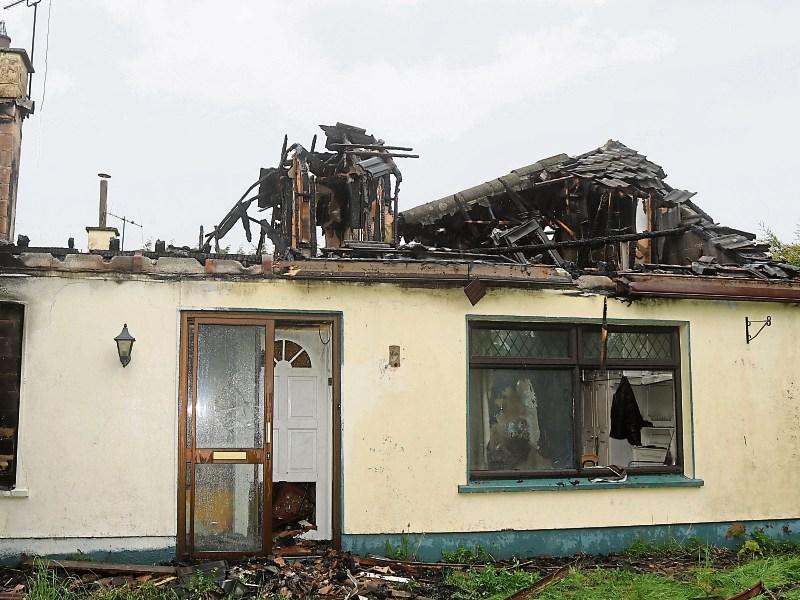 The house in Fedamore was gutted after the incident Picture: Michael Cowhey

GARDAI in Limerick are investigating an incident of criminal damage and suspected arson which saw the Fire Service called to the scene twice in the space of eight hours.

A bungalow in Carnane, Fedamore, was set alight on Sunday night and has been completely gutted as a result.

Limerick Fire Service was alerted to the fire at 12.06am on Monday, and dispatched a large fleet of five appliances to the scene in order to quench the flames.

Limerick Fire Service was at the scene for five hours before returning to base at 5.05am.

However, within three hours, Limerick Fire Service was alerted to another fire at the same property at 8.07am.

Three units were dispatched to the scene and left at 9.01am, the Limerick Leader was informed.

It has yet to be confirmed what caused the fire.

It is understood that a young man, aged in 20s, is the owner of the house.

Photos taken by this newspaper show significant damage done to the house with the roof destroyed and a number of windows broken.

Gardai told the Leader this week that they “are investigating an incident of criminal damage by fire at a premises in Carnane, Fedamore, Limerick. The incident occurred on May 7, 2018, shortly after midnight.

"No injuries were reported and investigations are ongoing. No further updates are available currently.”