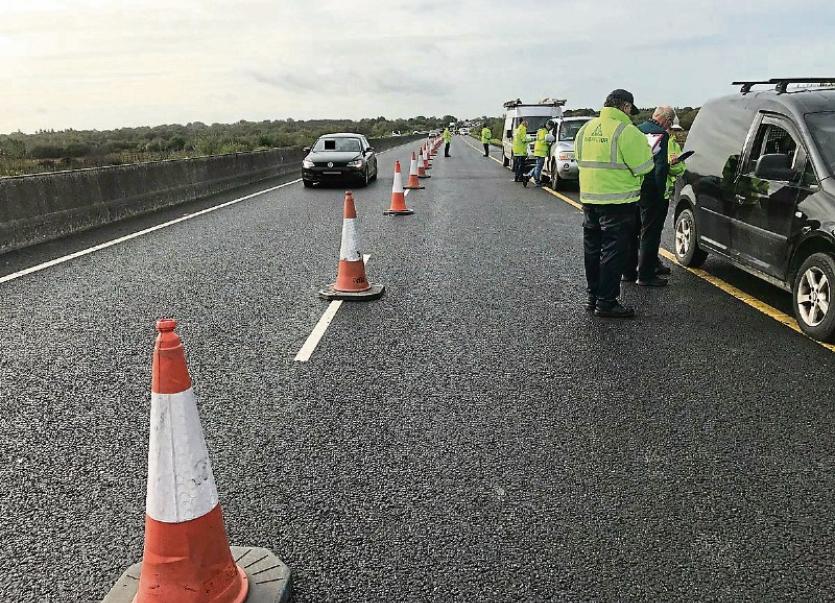 GARDAI had to swerve to avoid a motorist who was on his phone – and on the wrong side of the road today.

The Limerick Roads Policing Unit seized the BMW car for no insurance, with the driver set to appear in court.

The incident took place in Rathkeale.

Rathkeale: Limerick Roads Policing Unit had to swerve to avoid this motorist who was on his phone AND on wrong side of road! Vehicle seized for No Insurance, court to follow.#GetHomeSafe #FatalDistractions pic.twitter.com/NXocTBHkMf

Separately, the same unit conducted a number of checkpoints testing for alcohol in drivers across Limerick city and county in the early hours of this Sunday.

The Mandatory Intoxicant Tests all came back compliant, the force said.