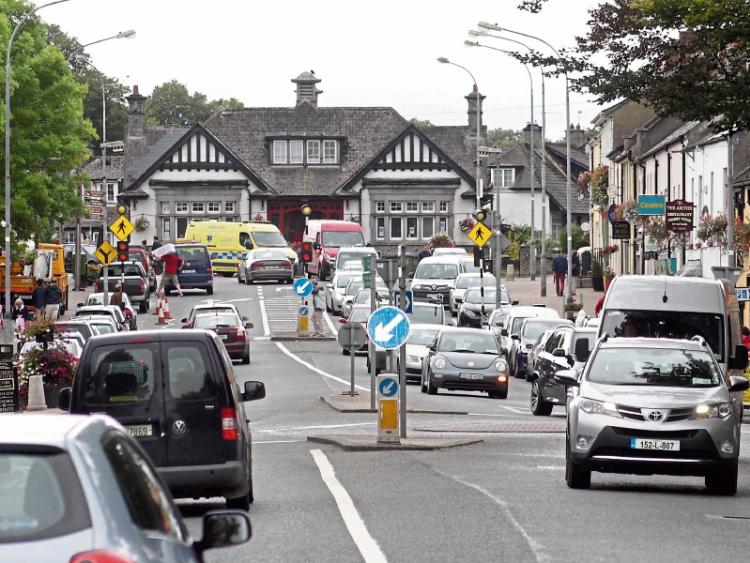 Adare village, where a large patch of land is set to be handed over to the private sector but with strict conditions attached and a timeframe for completion of works

ANY developer looking to build housing on a patch of land in a County Limerick village will have to follow strict timeframes for delivery of the scheme.

Members of the council’s housing committee were this week told of plans to allow private development on a seven hectare parcel of land outside in Adare, accessed from the Killarney Road.

It’s anticipated the scheme could ultimately deliver around 150 homes for the area, a move welcomed by Mayor Stephen Keary.

Council planner in the social development directorate Sarah Newell said in order to avoid the “hoarding” of land by any private developer, they will have to adhere to  specified timeframes.

These include that any purchaser of the land must apply for full planning permission within nine months of taking on the site.

After this, the purchaser will be allowed 12 months from the date it signs the contract to obtain full permission.

And crucially, any works on site must be complete within a period of five years.

If they don’t meet these targets, Limerick City and County Council will be legally empowered to purchase the land back again at market value.

Mayor Keary said: “I’m delighted with this plan. I’d love to see houses for young people who are born and reared and are of house-buying age from the area of Adare. I’d like to see some of these being affordable, I’d expect whoever will buy them will make hem affordable as they have to suit the market.”

Cllr Kevin Sheahan, Fianna Fail councillor for the Adare-Rathkeale area said it is vital homes are kept free for affordable use.

“When this was first mooted, it was done so in the context of extending services, I proposed, and was fully supported at the Adare-Rathkeale district level, that it was time for the local authority to start to provide affordable sites,” he said.

Cllr Sheahan said this was accepted at the time – and wanted to see half the land used for this.

“I know families in Adare who have sons and daughters bred, born and reared in Adare. These people have progressed to the stage of being married. And now they need to live in the next parish at an affordable price. The price of a site in Adare has far exceeded too many ordinary Adare people. I was influenced by this, and wanted us to sell affordable serviced sites,” he said.

At this week’s housing meeting, Ms Newell outlined a timeframe for the development of the site, which backs onto the Deerpark estate.

The window for expressions of interest has just been completed, and draft contracts are in the process of being issued.

By the end of this month, it’s hoped the “best and final bids” will be submitted.

It’s anticipated one corner of the land will be kept free for social housing, as is national housing policy.