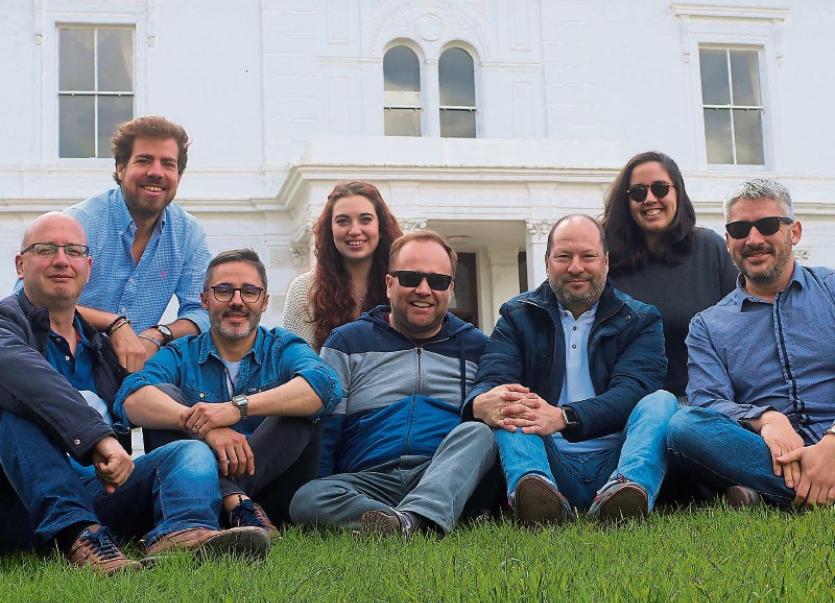 IT MIGHT be twenty years since one group of Spanish friends gathered at the University of Limerick campus and chatted about their plans for the night out ahead but some things never change.

Just as it was in 1998, Tuesday night is still a big students’ night out!

“We’ve heard that the Icon is good on a Tuesday, have you been?” Francisco Ayllón Toro asks this reporter.

This week, the five former Erasmus students returned to their old campus to mark the 20 year anniversary of a friendship formed in Limerick.

“I think the best time of our lives was studying in Limerick,” Juan told the Leader.

“It was the beginning of a friendship that kept us together for 20 years,” Pedro added.

From five separate corners of Spain, spanning from Alicante, Barcelona, Granada, León to Madrid, the young students had not crossed paths before their arrival to the city.

However, they quickly became friends bonding over their new found love for Limerick and its most famous musical export, the Cranberries.

“We used to listen to them all the time,” Sergio explained.  “When we left Limerick, we especially liked them afterwards because once we had been living here, it was special. Our favourite thing about Limerick was the people, the atmosphere, the parties!”

Following their time in UL, the friends returned home to Spain where they began their careers and started their families.

The group has kept in close contact in the years following their time at UL. However, it was the untimely death of the Cranberries front woman Dolores O’Riordan that inspired the friends to make a return to the city.

After an evening recalling their love of the band following her death, the friends realised it was 20 years since they attended UL, which they took as a sign. “Two days later we had the trip booked,” Francisco said.

It was “emotional” and a little “overwhelming” to be back on campus, the friends told the Leader.  “It has changed a lot, particularly on the other side of the river,” Ricardo said.

The UL International Division was delighted to welcome the friends back, according to Lina Koseleva of the department. Recently UL received the Best Erasmus Programme, Ms Koseleva said, adding that award serves as “proof” of the hard work of staff who have been running the Erasmus programme.