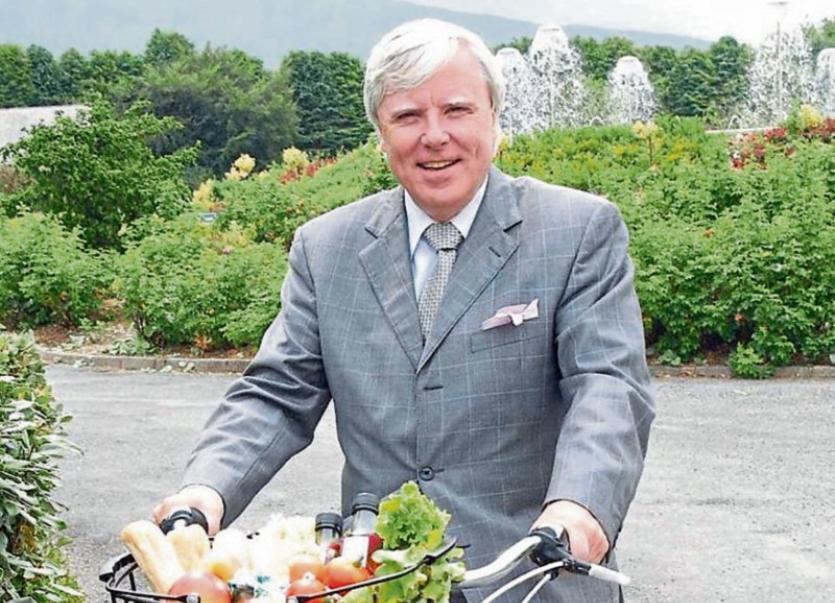 HOTELIER and TV personality Francis Brennan was caught up in the aftermath of a theft incident during which cash was allegedly stolen from an American tourist, the Limerick Leader can reveal.

The Dublin native, who runs the Park Hotel in Kenmare, was filming near King John’s Castle for the upcoming series of At Your Service when the drama unfolded at Tracey’s Day Break, Nicholas Street at around 4pm last Thursday.

A member of the production crew confirmed they were filming in the area at the time but did not witness what happened inside the shop.

A young man who was arrested a short time after the alarm was raised was released on bail after he was brought before Limerick District Court the following morning.

Ian Waters, aged 24, who is originally from Colmcille Street, St Mary’s Park is facing a single charge of theft.

It is alleged he stole $289 and €6 in cash from the handbag of a woman who was in the shop at the time.

Garda Shaun O’Hagan told the court that when he formally charged the defendant, he replied: “I didn’t rob nothing and I told you who did.”

Judge Marie Keane was told there was no garda objection to bail subject to certain conditions.

The defendant was ordered to live at his home address and he must obey a nightly curfew.

Sgt Donal Cronin confirmed the case is to proceed at the district court and the matter was adjourned to May 23, next.