'Every minute is critical': Volunteers aiming to save lives in Limerick city 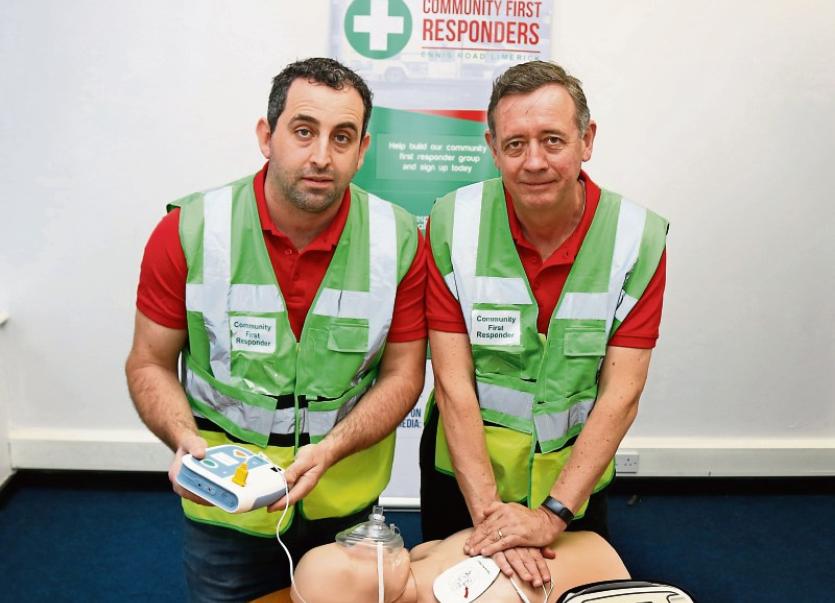 “EVERY minute is critical in relation to getting that defib on.”

That is according to two Limerick city men, who have gone live with the new Ennis Road Community First Responders (ERCFR) Group, in a bid to save lives in a catchment area of 15,000 people.

The new group is the the brainchild of Ennis Road men Noel Kerley and Robert Simring, who showcased their emergency equipment at the Jetland Shopping Centre over the weekend to create awareness and to fundraise.

Noel, an architect, said that they are seeking volunteers to add to their 20-person team and to raise funds for equipment. For example, a defibrillator pad, which can only be used once, costs €65 to replace.

“If you dial 999 or 112, that call goes to a national emergency centre, who go onto the national ambulance service who, in turn, ring us or text us. They will contact us for certain scenarios. Because we are in that catchment area-between the Greenhills Hotel and the Strand Hotel, with 15,000 people - we could get there a little bit faster.”

Robert said that they will deal with cardiac arrests, strokes, choking, and general support to people in the event of an emergency.

“The paramedics could be dealing with other situations that are more critical than the ones that they’re called out for, and that’s when we get the call. The ambulance service is always on the way.”

Mr Simring, the group co-founder, added: “From the minute that person dials that number, our aim is to be there within eight minutes of that call. For example, an ambulance could be in Dooradoyle getting a patient out of the ambulance. They might be 20 minutes.

"But every minute is critical in relation to getting that defib on.”