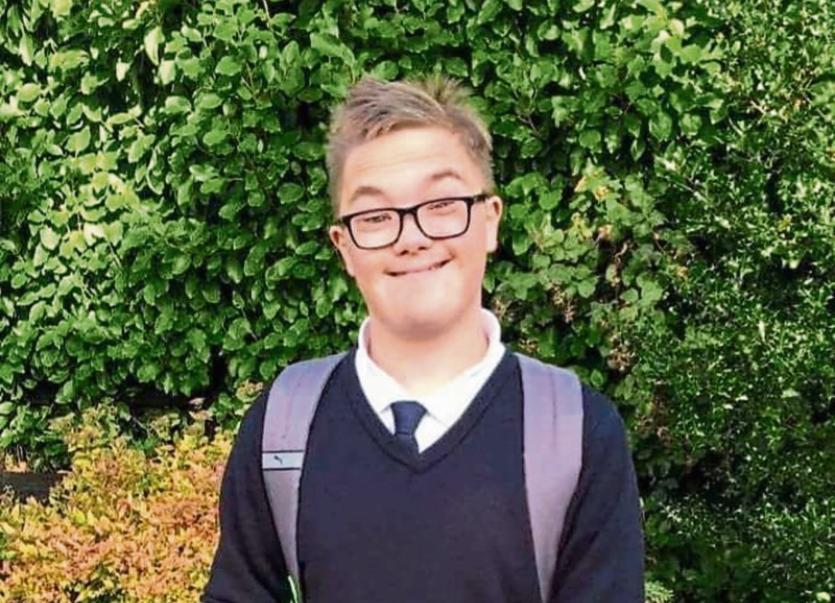 Matthew Quinn, aged 13, is in ‘constant pain’ and has to use crutches

THE MOTHER of a 13-year-old boy with Down Syndrome says her son has been “sentenced to a horrendous situation” due to a “catalogue of unmitigated disasters” by the HSE.

In a letter to the Leader, Christina Quinn said her son needs a new hip as “a matter of urgency” because  there is a possibility they won’t be able to do a successful replacement if it’s not done immediately. At the end of the summer in 2016, Matthew complained of a pain in his knee. Christina said she brought him to Nenagh Hospital.

“We were told to go to Limerick. I then made an appointment with our GP, who referred Matthew to A&E. I immediately brought him to UHL. Even though we had a letter from our GP explaining he almost certainly had a slipped capital femoral epiphysis [an adolescent hip disease] staff at UHL attempted to mobilise him - standing, walking etc,” said Christina. That night, she said Matthew was rushed to Crumlin Hospital.

“He had emergency surgery the next day. However, the surgery was deemed to be unsuccessful at his follow up a month later. The decision was made to have to further surgeries, which removed screws inserted in the first procedure. This left Matthew in constant pain and using crutches on a permanent basis,” said Christina, Portroe.

From January to September 2017 they were in limbo until she got an appointment with a consultant who specialises in hip replacements.

“They proposed an urgent hip replacement and an immediate referral to Tallaght Hospital for a procedure to be carried out in the New Year. After sending many heart wrenching emails I received an appointment for April 4. The consultant disclosed to me that there was no chance of Matthew receiving a hip replacement in the foreseeable future as there were no beds available in the hospital. Thus, leaving a young boy in the prime of his life denied any quality of life and in constant pain with no hip replacement any time soon,” she said.

There was no HSE media response. A UHL spokesperson said: “UL Hospitals regrets any situation where our services do not meet the expectations of our patients or service users.

“We encourage feedback, whether compliments or complaints, directly through Your Service Your Say, please email yoursay@hse.ie and we will address them through this channel as appropriate. We have not received a request to investigate this issue from a UL Hospitals perspective, should we receive such a request, we will deal with it as per normal procedure.”