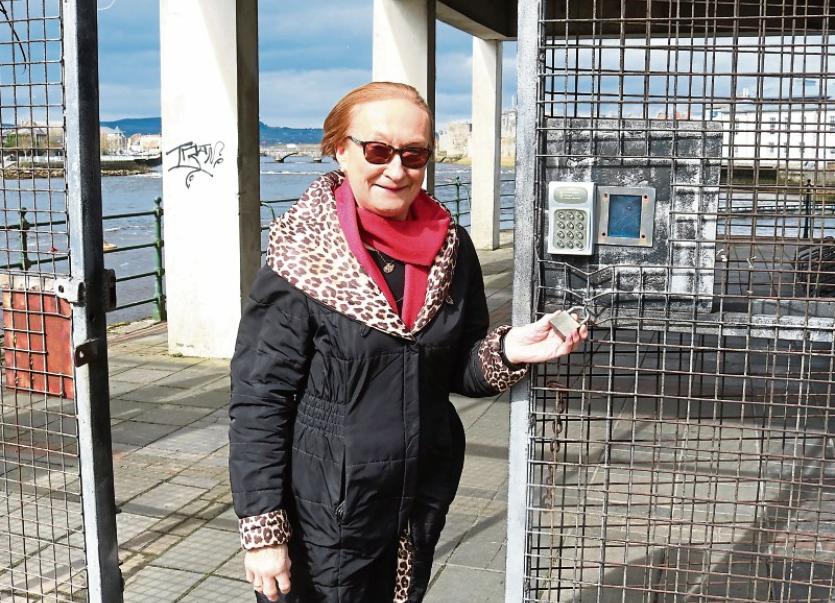 Cllr Elenora Hogan at the gate

Limerick City and County Council has no plans in the short term to permanently open the Sarsfield House gates, and extend the boardwalk to King John’s Castle.

The information from physical development director Kieran Lehane came in response to a question which was submitted by Fine Gael councillor Elenora Hogan.

Mr Lehane said leaving the gateway open would require an agreement from the Revenue Commissioners, which owns Sarsfield House.

Ahead of the meeting, Cllr Hogan, a businesswoman in William Street, said many people are frustrated at being met with the locked gate beside Sarsfield House not allowing them to complete their riverside walk to King John’s Castle.

"They seem to be locked at weekends, and at certain times in the evening, and people become angry they have to go back along the road," she told the Limerick Leader.