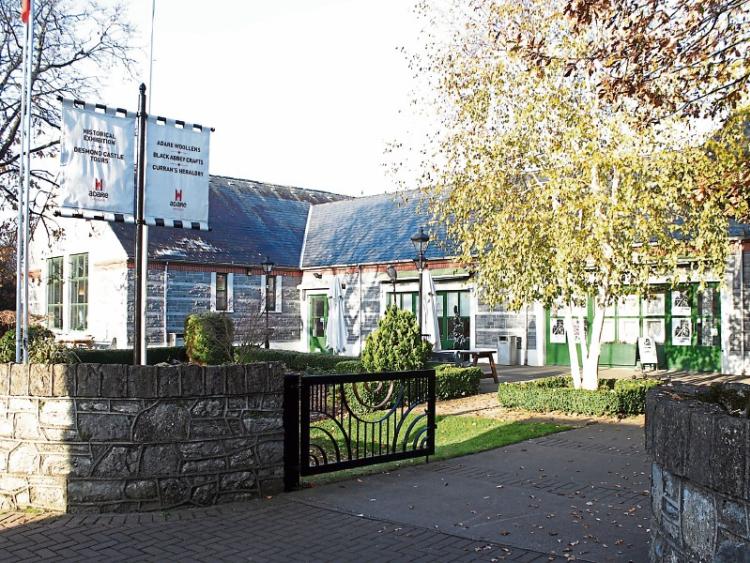 Councillors from the Adare Rathkeale area were briefed on the plans during this month’s municipal district meeting on Tuesday.

A newly-designed plaza is planned for the front of the heritage centre in Adare, which it’s hoped will open the amenity up to the road and entice new visitors.

Limerick City and County Council is due to apply for Part 8 planning for the facility, which is being funded through a grant from the Town and Village Renewal Scheme.

The new design will get rid of much of the front wall and create a seamless open space connecting with the main footpath outside.

The project would also include landscaping, benches, and an al fresco dining area covered by modern canopies, which would serve the heritage centre restaurant.

Councillors from the Adare Rathkeale area were briefed on the plans during this month’s municipal district meeting on Tuesday.

In the long term, council planners hope that the plaza can stretch across the road to connect the heritage centre with the village’s park - although this cannot be achieved until after the Adare bypass is built.

The council is hoping to complete the project for €100,000, the amount that was allocated in the grant scheme.

Mayor of Limerick, FG Cllr Stephen Keary, said that he agrees that the heritage centre “needs a facelift”, but that Adare needs a “masterplan”.

“Doing things like this is shortsighted,” he said. “There’s a huge shortage of parking in the village. There are lands off the roundabout which should be actively pursued by the local authority for car parking spaces,” he added.

FF Cllr Kevin Sheahan said “well done” on a good idea, and agreed that parking on the street is hard to find on a busy day.

For the parking issue, he suggested starting with signage to direct people to the car park at the back of the centre. There are often spaces available there, he said, but many visitors don’t realise the facility is there.

He also promoted the idea of all the community groups in Adare who are carrying out their own projects should unite under one banner – such as the civic trust – to face the council and have a say in the public infrastructure of the village.