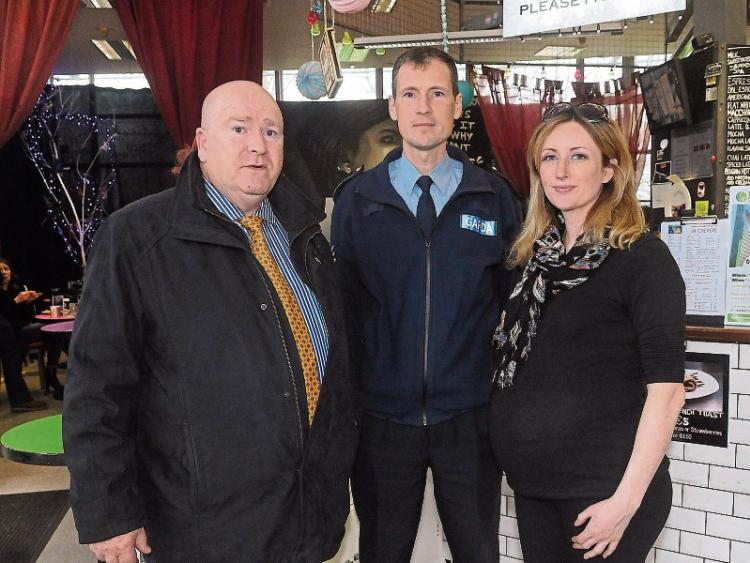 TOP retailers vented their frustration and revealed harrowing experiences with the surge in violent youth crime in Limerick’s city centre at a public meeting on Monday night.

Businesswoman and Chez Le Fab owner Lesley-Anne Liddane, who endured physical threats from two pipe-wielding youths two weeks ago, called for the meeting to be held at the cafe.

The crime awareness talk was led by Sgt Kevin Balfe, of Henry Street’s community policing division, and he discussed the importance of reporting incidents of crime to gardai, especially through 999.

But business owners are now calling on Henry Street gardai to apply a more intensive approach to street policing, particularly during the evening time, in response to a spate of intimidating incidents.

James Ryan, of O’Connell Street Centra, was one of many to voice his concerns. He said that he lost a staff member “due to post-traumatic stress disorder” after being threatened with a knife.

Dave Ryan, of Cobblestone Joe’s, said he was threatened by a beggar when he attempted to move him on from the street.

“He said that he was going to stick a syringe in my neck,” he said at the meeting.

Mr Ryan said that he has several videos of “young lads attacking people with glass bottles”.

He added: “They [Limerick City and County Council] are getting loans from Europe to build this [the city] up, but it’s no good if we have no tourists, and I think we need to tackle the council as well.”

One member of the public said that their friend was attacked on William Street and it took an hour and a half for gardai to arrive.

“Can we even get one person to police city?” the person asked.

Lesley-Anne Liddane added: “I hate saying it, but there are more traffic wardens visible.”

One woman, who had her nose broken in a nightclub, said: “I am ready to leave Limerick. I shouldn’t be bullied out of my city. My family is very concerned for my safety.”

One father described an incident on St Patrick’s Day when a group of youths disrupted his son’s hip-hop dancing display by “throwing eggs at us and at the sound system”.

He said: “He doesn’t know who these people are. One of them is going to take a knife to him and will kill him stone dead. We need to get these bastards off the streets. These guys are going to wreck the place.”

Mayor Cllr Sean Lynch is calling for the launch of a garda kiosk in the city, saying that “Henry Street is too far” in the event of an incident.

Hitting out at the youth criminals, the former detective garda said: “If these thugs are allowed to get away with it, now, they are just 13. But in two to three years, they will be 15, and they will be bigger and bolder.

“These thugs shouldn’t get away with it. And I would like to see the parents get hit where it hurts, and that is the pockets.”

Retailers commended the gardai for their efforts to date in Operation Meirle, tackling street crime.