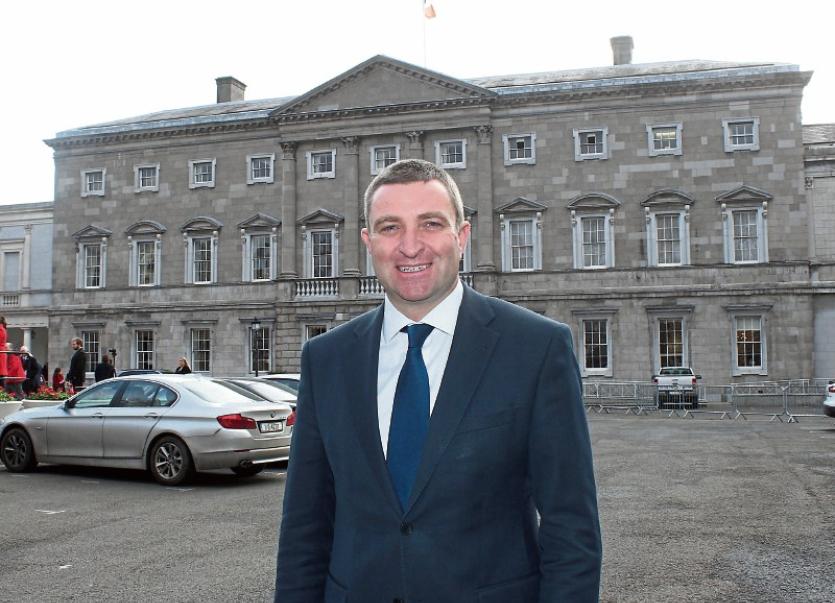 DEPUTY Niall Collins has called for the Fodder Import Subsidy Scheme announced yesterday by the Minister for Agriculture to be made available through all co-ops as well as private feed merchants.

“The scheme is inexplicably confined to the dairy co-ops and excludes mart co-ops as well as private feed merchants.  This means that many parts of the country which do not have a strong dairy co-op network will struggle to avail of fodder through the scheme.

“In particular, the minister’s decision to confine the subsidy to dairy co-ops would disadvantage those in the suckler and sheep farming sectors that are also under massive pressure to source scarce fodder to manage livestock through the next few weeks,” said Deputy Collins this Friday morning.

The Limerick TD said In spring 2013, all co-ops were eligible to avail of the subsidy scheme introduced to import fodder and it makes no sense that Minister Creed would now exclude mart co-ops and private feed merchants that are well placed to serve the needs of their local farming community.

“Minister Creed’s very narrow scheme reflects a minister who is trying to play catch up on a crisis that he has failed to prepare for and smacks of a minister making it up as he goes along,” said Deputy Collins.

On Thursday evening Minister Creed announced that he has allocated €1.5 million towards the introduction of a Fodder Import Support measure.

“‘In light of poor weather conditions and an evolving fodder supply challenge across the country, I am immediately introducing a support measure contributing to the cost of importing fodder from abroad.”

The Minister added: “I welcome the moves to import fodder by the co-operatives and this measures supports this initiative. The co-operative ethos remains very strong and vibrant in Irish Agriculture.’

This measure is being introduced with immediate effect to reduce the cost to farmers of imported forage (hay, silage, haylage etc.) from outside the island of Ireland. The measure will operate through the dairy co-operatives. It will cover forage imported by the co-ops from April 5, 2018 to April 30,2018 and will be subject to EU State Aid rules. Support under the measure will substantially reduce the cost to farmers of imported fodder by approximately one third. This initial allocation will support the importation of up to 20,000 tons of fodder into the country and this will be kept under ongoing review until the current crises is over.

The minister stressed that while the measure will operate through the dairy co-operatives, the actual beneficiaries will be farmers who urgently need supplies of forage.

Minister Creed said: “This measure will largely replicate the straightforward approach adopted in 2013 whereby a farmer approached a participating co-op, purchased fodder and my Department subsequently paid the transport support element to the co-op”.

Application forms and terms and conditions will be made available through the co-ops and on the department’s website from this Friday. Supplies imported yesterday will be covered.