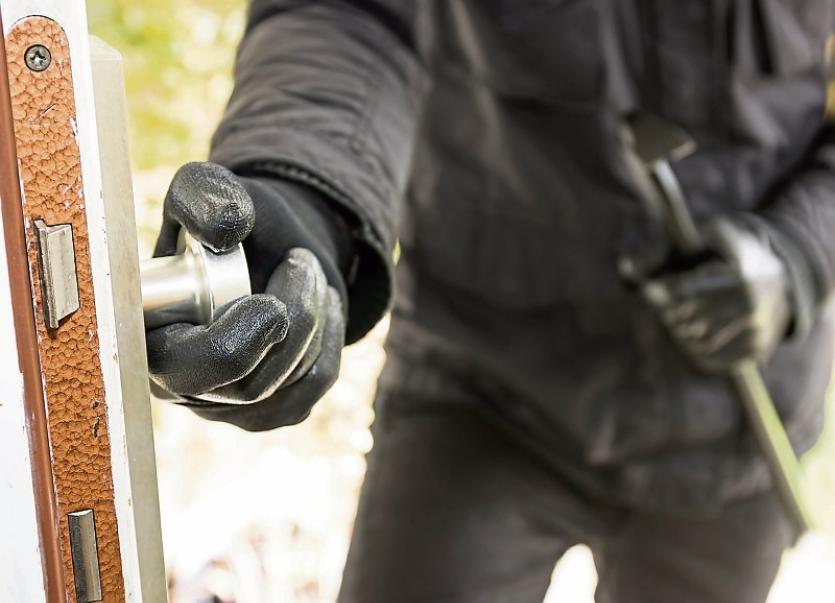 Gardai are warning homeowners about security

GARDAI in Limerick are highlighting a particular burglary in the Castletroy area as a warning to homeowners.

In the incident, the patio door was left unlocked and a criminal took the opportunity to enter the house and take a number of electronic items, gardai said.

“The security of a home is everybody’s business and every window and door should be checked to ensure that they are locked before the house is left unattended,” said a spokesperson.

“Do not assume that somebody else will do it and also if an alarm is installed it must be set irrespective for how long you believe that you will be out of the house for.”

In a seperate warning, gardai have warned car owners to be vigilant about thefts of number plates.

In one case, the front and rear number plates of a car which was parked at a house in Meanus in County Limerick were stolen last week.

"It is very important that this type of theft is reported immediately to Gardai as these number plates can be fixed to stolen cars which are then used in crimes," said a spokesperson.

Gardai are also appealing to motorists to park smart as new figures show that one-third of all cars and vans broken into in residential areas had been left unlocked by the owner.

The most common location for these thefts was in driveways, and half of the thefts occurred between 12 midnight and 7am. Such thefts are happening throughout the country, gardai say. Property stolen included cash, laptops, sunglasses, jewellery, sports equipment and tools.

"Gardai understand that sometimes it is impractical to remove tools and equipment from vehicles but in these cases, owners should take extra steps to ensure the safety of their property.

"Additional locking mechanisms to cars and vans should be fitted. Consider a monitored vehicle alarm and tracking devices for valuable property. Reduce the payoff to the thief by marking and photographing the property and take a record of serial numbers, makes and models," added the spokesperson.