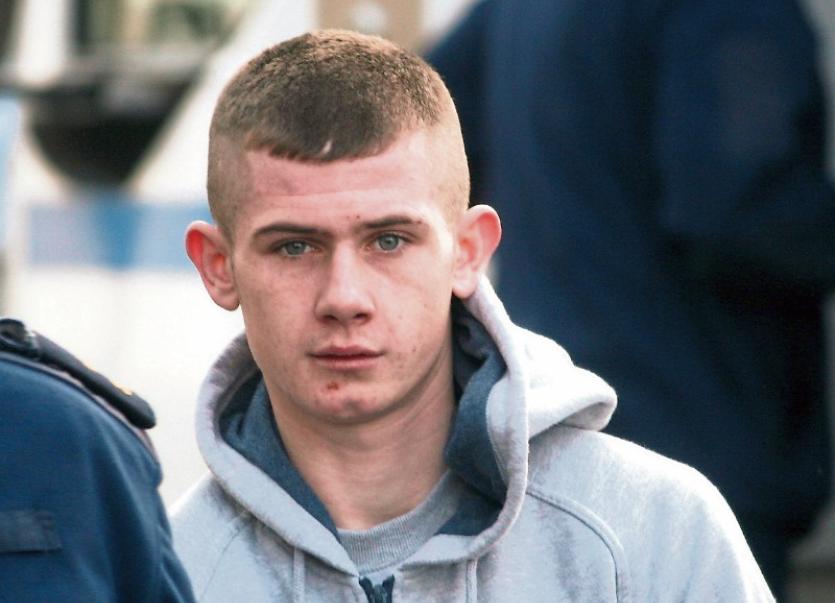 Jason Power broke into the house with Jack Finucane

TWO intruders who broke into a house in Limerick forced one of the occupants to withdraw cash after bringing him from his home to a nearby ATM.

Jason Power, aged 21, of Hyde Avenue, Prospect and Jack Finucane, aged 19, of O’Malley Park, Southill have pleaded guilty to multiple charges including robbery and false imprisonment relating to an incident in Castletroy in the early hours of June 7, last.

Detective Garda Cathal O’Sullivan told Limerick Circuit Court a number of young people who had summer jobs were living in the house at Castletbrook, College Court at the time.

The 20-year-old victim, he said, was awoken by the intruders who entered his bedroom sometime after 1am. ”They were shouting at him and shaking him,” said Detective Garda O’Sullivan.

The court was told when another one of the occupants was alerted to the presence of the defendants and they pretended to be friends of the victim by shaking his hand.

After the intruders found the young man’s wallet he was told to get dressed and then instructed to go downstairs and to walk to the Castletroy Plaza shopping centre where he was ordered to enter his PIN at an ATM.

Finucane, who claimed he was armed with a gun, withdrew €250 which was the maximum daily limit on the account.

Having been alerted, gardai arrived in the area to find the victim being flanked by the defendants at the shopping centre

“They were essentially caught in the act,” said John O’Sullivan BL, prosecuting who added that CCTV and ATM records were obtained by investigating gardai.

Both men will be sentenced on May 18, next.