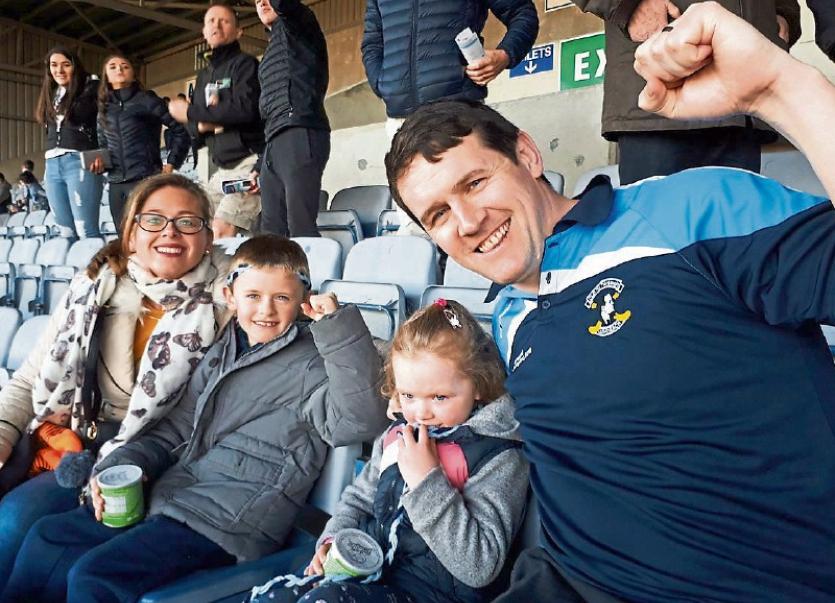 NA Piarsaigh will come back stronger from their All-Ireland club final defeat to Cuala, Sky Blues fans have said.

The men from Caherdavin lost to their counterparts from South Dublin by 2-17 points to 1-17 in O’Moore Park, Portlaoise this Saturday in the replayed game.

Like the first game at Croke Park on St Patrick’s Day, the match was an enthralling spectacle, with the lead swinging back and forth.

But it was two quick-fire Cuala goals early in the second half which ultimately made the difference.

He believes either side could uiltimately have won the contest – and thinks Na Piarsaigh, who begin the defence of their Limerick crown in five weeks against Doon, will learn from the experience.

“You cannot beat a bit of experience,” Timmy said, “But Cuala are a tremendous side. You have to credit them and the way they approached the match. It's bitterly disappointing though.”

Cllr Frankie Daly, who travelled with wife Kate and children Joshua and Jayda, said: “It’s so hard to see the lads like this. I'm just heartbroken for them. I'm thinking of a few of them who are friends of mine, Padraig Kennedy, Kevin Ryan friends of mine through the years.”

He believes there were a number of “dubious calls” from referee Paudie O’Dwyer.

“For the second goal, I was disappointed in the referee. I feel that had an impact on the game. Subsequent to that, Kevin Downes was butchered at the edge of the square. These are things which make and break a game,” Cllr Daly said.

His son Joshua was more succinct, adding: “I thought it was horrible. The referee was miserable. It was a very sad day.”

“I think our supporters were brilliant, and we couldn't be prouder of the lads. Luck just didn't go our way today. We haven't seen the end of this team. Great credit is due to Cuala. I think this was one of the best All-Ireland finals I have seen in a long time.”