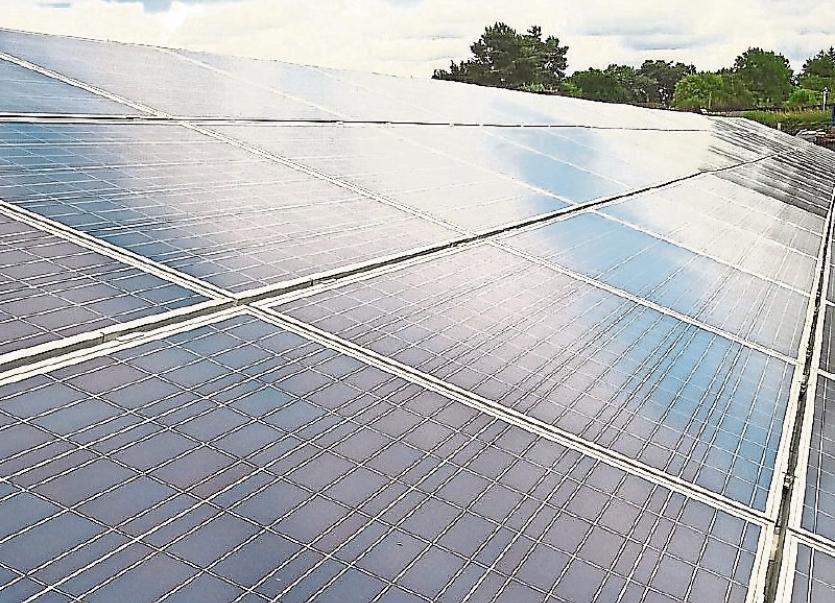 The project could represent an investment of up to €5m

A GLOBAL company that has got planning for a €5m solar farm in east Limerick say the project is on “hold”.

Engie Developments Ireland Ltd received permission for upto 20 acres of panels on lands at Dromsallagh, Cappamore, that would generate electricity from renewable sources.

The project, which represents an investment of up to €5m, would have additional benefits for the area including contributing to the security of the local electricity supply, said John McGarry, business development manager for Engie Developments Ireland Ltd.  Engie would also be seeking to appoint local contractors and suppliers where possible, he said.

However, construction on the project has been placed on “hold” while the Irish solar industry waits for the government to finalise its Renewable Energy Support Scheme (RESS), the system of financial support that will ensure the solar farm is built, said Mr McGarry. The RESS is due to be published later this year.

‘We are delighted to receive planning permission for the Cappamore Solar Farm. We have had a positive relationship with Limerick City and County Council and look forward to beginning work on the project.

“However, there are still some challenges that lie ahead before the project construction can begin.  We hope the government can finalise RESS quickly, so we can start the next phase of development,” said Mr McGarry.

Mr McGarry said Engie is committed to developing reliable, flexible and renewable energy in Ireland. They have another solar scheme, located near Foynes, that is currently going through the planning process, and the company has plans to submit at least another two schemes in County Limerick to the planning system later this year.

Engie  is a leading energy and services company focused on three key activities: production and supply of energy, facilities management and regeneration. Their 17,000 employees combine these capabilities for the benefit of individuals, businesses and communities throughout the UK and Ireland.

While Mr McGarry can’t disclose the leasing arrangement with farmers he does say it is “generous”.

“The farmers that we are talking to really see this as a real advantage to them. They’re not at the beck and call of the weather conditions to depend on their income, they can diversify their income, and continue to farm the land.  One of the main benefits of solar is the ability to accommodate small animals - sheep or poultry, but as well as that, there is the biodiversity element of solar farms as well as the green electricity being produced,” said Mr McGarry.