Limerick community rallies to Vicky's cause 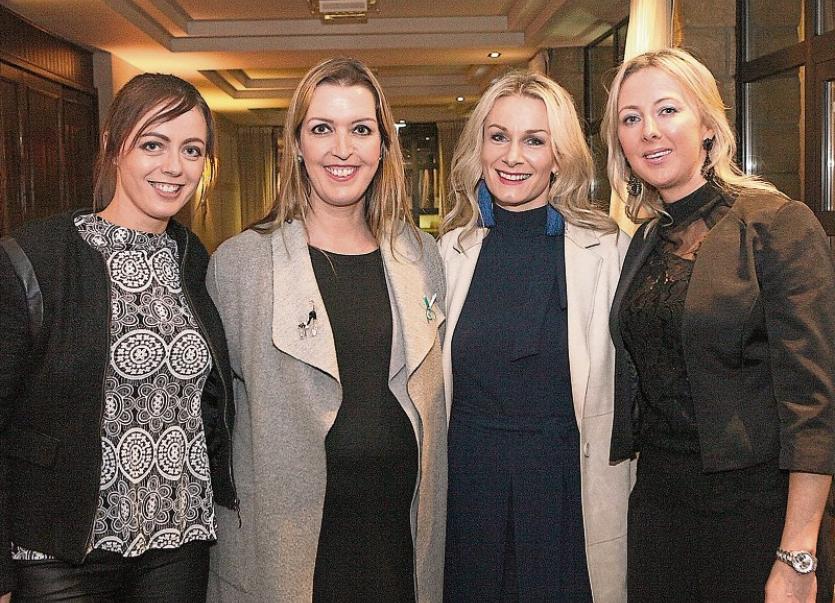 The goodness and warmth of Irish people and the contrasting failures of our state services came sharply into focus last Friday at a fundraiser in aid of Annacotty woman Vicky Phelan in the Castletroy Park hotel.

Vicky, whose defiance in the face of a terminal cancer prognosis and campaign to access experimental treatment in the USA, has caught the public’s imagination, delivered a powerful and emotional speech to her friends and supporters.

So far nearly €139,000 has been raised on Vicky’s GoFundMe page and a variety of other initiatives are topping that up each week and on Friday Vicky was able to deliver the good news that she had been provisionally accepted onto the clinical trial in the Institutes of Health, Maryland that had been her goal.

On Friday before the event got underway, Vicky addressed the crowd, saying, “I honestly thought if I raised €10,000, I’d be lucky and that’s testament to everybody here and your friends and your friends’ friends.

“Irish people are great at getting behind a cause and supporting it, in various ways, not just financially, I’ve had huge support, emotionally, people contacting me with ideas.

Granted some of them are wacky, but I'll look every one of them up!” she laughed.

“I think this what Irish people are really good at. I have friends in France and Spain who are absolutely blown away by the support I’m getting, they said it just would not happen in their country.”

Her mention of our EU neighbours may have been coincidental in this case, but was certainly apposite. The healthcare systems in France and Spain are currently ranked 1st and 7th respectively by the World Health Organisation; Ireland’s somehow limps into the top 20.

Citizens of France and Spain rightly expect top class care from their national health systems and as such, the need to launch fundraising drives to access treatment on behalf of their friends and neighbours probably doesn’t occur to them too often.

Vicky’s good news about provisional acceptance on to the trial was tempered by the fact, as she put it, that she has two more hurdles to overcome.

“While I’m waiting to get on the trial I’m trying to get access to (the immunotherapy drug), pembrolizumab,” she told the attendance, “and this is the part of me being sick that I find very difficult, I suppose, that I have to fight for this drug.

“It’s licenced for a very small number of cancers and if you don’t have one of those cancers then you can’t get it. I have the money, but I’m finding it very hard to get access to it.

“I have to get an oncologist to sign off on it, basically become a clinical trial of one person. It’s disgraceful that this is the way it is in this country, but I’m going to keep fighting, I’m like a dog with a bone and I’m going to hound everyone until I get someone to do it for me.”

The other hurdle being on which strain of the HBB virus she has - 16 or 18, the former being the strain the clinical trial is interested in.

That aside, the night was an overwhelmingly positive one and from the podium, Vicky had a long list of people to thank, chief among them her friends and neighbours who put the evening - which raised almost €11k - together; namely Ian and Lorna Gavin, Kieran and Lucy Walsh, Siobhan and Wesley McDonald, Maeve and Shane Donohue, Anita and Colm Heffernan.

The Castletroy Park was also singled out for offering the room not once but twice, as the original date had been lost to the previous weekend’s snow.

“Even though this is an awful prognosis to get,” said Vicky, “I have to say this has been a wonderful experience for me - even though that sounds weird. Just the kindness and generosity of people has just been amazing, it really would restore your faith in humanity.

“It’s great for my kids to see, if you help people out, pay it forward, you’ll get it back in return, so thank you, seriously, thank you very much for everything.”