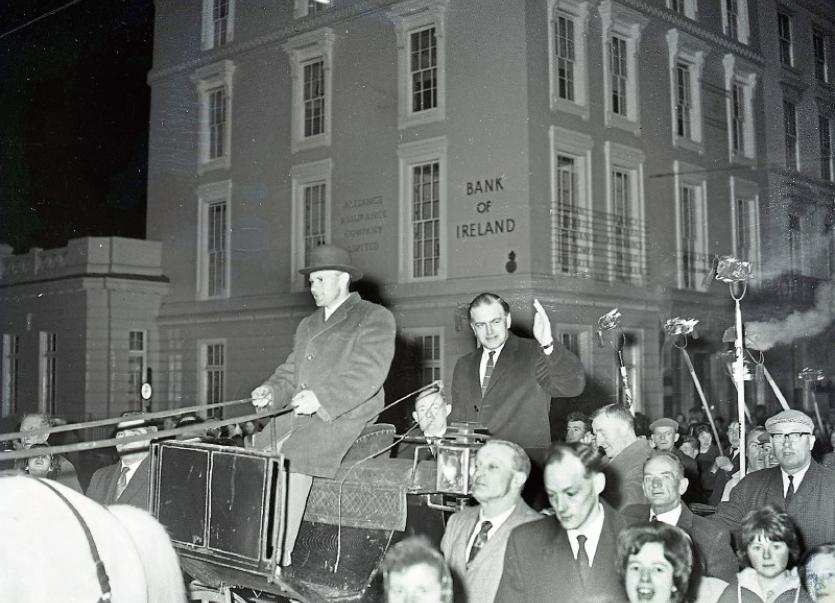 AS Limerick’s Lifelong Learning Festival gets ready to examine the work of the late Donogh O’Malley, there have been calls for a permanent monument to be built in honour of the former Minister for Education.

The Limerick man’s momentous decision to introduce free secondary education together with a school transport scheme in 1966 is to this day recognised as having a major impact on development and transformation of the Irish economy.

The late Fianna Fail TD died suddenly 50 years ago this month at the age of 47.

"Donogh O'Malley was the first of the new breed of politicians in Ireland to break the mould, and break away from De Valera and others who had founded the state,” Cllr Sheahan said.

“They were very conservative about expenditure.”

“But Donogh O'Malley came along and he had an attitude which was extremely healthy for the state at the time, especially around education."

“​Free education and free transport brought in for rural people to be able to get to their schools.”

“Before Donogh O'Malley, people could ill afford to pay for second level education.”

“Things were very difficult in this country. But it brought second level education to every household. If another county had this person, they would have been well remembered."

"He opened education up to all citizens. Many people say he was the catalyst for the Celtic Tiger," Cllr Leddin said, adding O'Malley Park is named after the former Education Minister.

Among the 200 events at the Limerick Lifelong Learning Festival, a lecture will given by Geraldine Mooney-Simmie, head of department of education at UL, in Engine, focusing on the legacy of Donogh O'Malley.

Before Mr O’Malley introduced free education and the school transport scheme, industrialisation and labour-intensive manufacturing was rapidly increasing in Ireland.

Shortages in terms of skilled workers was becoming an issue in a similar way to how present day skill challenges can impact negatively upon the economy.

In a speech announcing his radical plans to open up access for all citizens to second-level, and in turn third level, education, O’Malley said: “Education must move with the times it is meant to serve’. His words are as relevant today in the context of a rapidly changing workforce, technological advances, automation, lifelong learning and the need to ensure that our education and training provision can cater for the skill needs of industry.”

At 7pm on Thursday March 22, Dr Mooney Simmie, will share her views on the impact that his brief period as Minister for Education had on the lives of future generations at the Engine building on Engine Building, Upper Cecil Street.