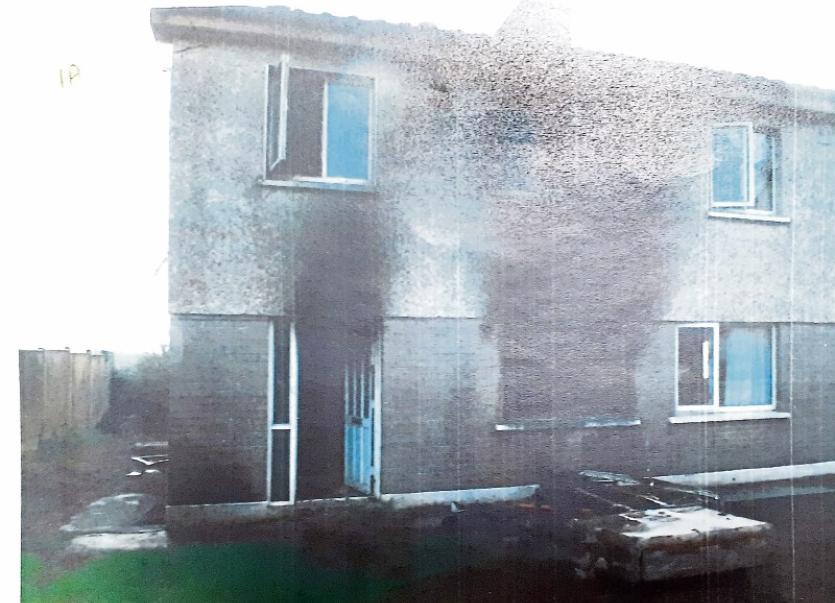 A MAN who deliberately set fire to his council-owned home in Limerick following a drunken row with his brother has been sentenced to two years’ imprisonment.

More than €75,000 worth of damage was caused to the house and an adjacent property as a result of the blaze at Lisheen Park, Patrickswell in the early hours of March 10, 2017.

John O’Neill, aged 43, was living in one of the houses at the time.

Limerick Circuit Court was told the alarm was raised at around 4.30am and that one of the houses was completely destroyed while the other was badly damaged.

Detective Garda Paul Crowley said when the woman who lived next door heard a smoke alarm and a crackling noise she woke her children and fled from her home. Thomas O’Neill – a brother of the accused man – who had been drinking with the defendant told gardai he left the house at around 4am after he had an argument with his brother over who would inherit the house as their mother had died a short time earlier.

Judge Tom O’Donnell was told the defendant was reported as missing by members of his family in the immediate aftermath of the fire but was subsequently located and arrested.

During interview, he told gardai there had been an “argy bargy” between him and his brother on the night. He later admitted he had pulled some curtins off the wall in the living room and had set them on fire as he was frustrated.

Detective Crowley accepted that Mr O’Neill “had completely shut down” when gardai encountered him and that he was taken to Unit 5B for assesment before he was questioned.

Brian McInerney BL said while no issues were detected, his client has since been diagnosed as suffering from chronic paranoid schizophrenia.

He said an aggravating factor was the amount of damage caused and the “knock-on consquences” for his neighbours who had to be relocated.

The judge imposed a four year prison sentence suspending the final two years on condition he engages with the Probation Service following his release.