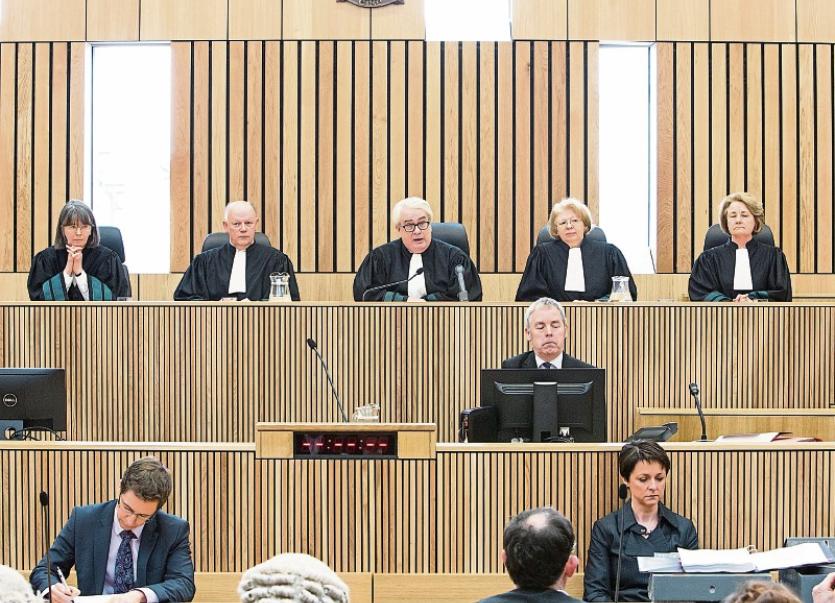 The Supreme Court which is sitting in Limerick this week will deliver its judgment in the landmark case this Wednesday | PICTURE: Press 22

THE Supreme Court will hand down its judgment later today in a landmark case about the extent of the rights of unborn children.

The State has appealed a High Court finding that unborn children have constitutional rights beyond the right to life as outlined in the Eighth Amendment.

The Supreme court, which is sitting in Limerick for the first time in its history, has indicated it will deliver its ruling at the new multi-million euro Courthouse at Mulgrave Street this Wednesday.

The judgment relates to an immigration case involving a Nigerian man, his Irish partner and their child, who was just 20 days away from birth when the case began.

The man wanted the Minister for Justice to revoke a deportation order against him.

The High Court previously found the unborn was a child who had rights under the Constitution beyond the right to life.

The State has appealed that finding and during a hearing at the Four Courts in Dublin last month, its lawyers argued the only right the unborn has is the right to be born and all other constitutional rights, including the right to the care and company of a parent, take effect at birth.

Lawyers for plaintiffs argued the State's views were extreme and unconstitutional.

They submitted the minister must consider an unborn child's existing or prospective rights in such an immigration case.

They argued the right to life was protected in the Constitution before 1983 and that people who voted for the Eighth Amendment did not vote to exclude the unborn from all other constitutional protections.

The Supreme Court agreed to hear the case urgently because of the forthcoming referendum on repealing the Eighth Amendment.