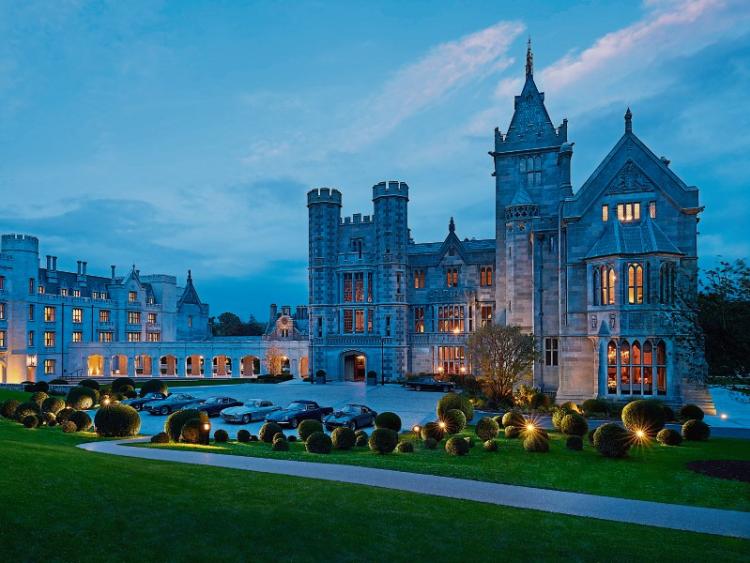 LIMERICK’S Adare Manor has been named one of the hottest hotels in the world by a US travel magazine.

Travel + Leisure magazine called the historic Adare house “one of Ireland’s most beloved properties” on its ‘It List’ — a yearly round-up of the best new and rejuvenated properties around the world.

The editors chose the 2018 list to feature a total of 56 stays, with the mission of choosing properties that “will truly be game changers for our readers”.

The American magazine pointed to the La Mer spa, the new golf course, and activities like falconry and afternoon tea in its review.

Time + Leisure also praised the new bedroom wing and the collection of rare whiskeys in the underground cellar bar, the Tack Room.

“In keeping with the original style, the rooms and public spaces feature oil paintings and heraldry to satisfy all those time-travel fantasies,” it said.

The It List is the magazine’s “definitive guide to hotels that are destinations in their own right.”

The new golf course, set to reopen fully in the coming weeks, was designed by renowned course designer Tom Fazio.

A fire at the revamped clubhouse facility, last August, caused a delay in its opening.

The golf course will be the most expensive in Ireland, at €340 a round during the peak summer season.

The manor is already proving a popular base for luxury-seeking tourists, and it is also a highly sought-after wedding venue. A new ballroom with a capacity for 350 guests was added in the renovations.

And it’s hoped that the extra visitors to Adare will boost the village’s local economy.

JP McManus has also made it clear that he hopes to bid for the 2026 Ryder Cup, which if successful, would be a major coup for the local area.

But in the meantime, the manor’s golf course has the JP McManus Pro-Am in 2020 to look forward to.

The event is expected to draw celebrities from the world of sport and showbiz, and local golfers will get the chance to play alongside the pros if they succeed through their local golf classics.

The original Adare Manor house took 30 years to build, by the second Earl of Dunraven, in the 1800s.

Many of the stately home’s original features have been preserved amid the renovation work.