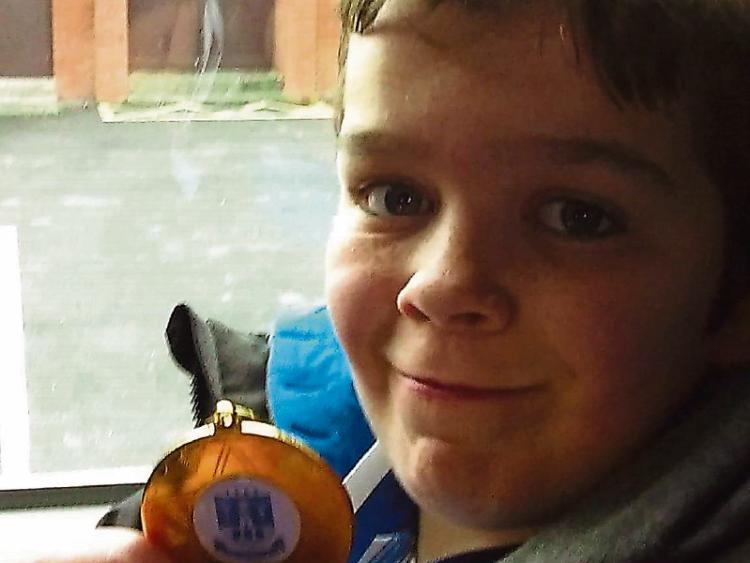 ‘A lovely little kid’: Dylan Cronin, 13, who lived in Ballynanty

TRIBUTES have been pouring in for a Limerick teenager who tragically died suddenly in a heartbreaking incident.

Ballynanty lad Dylan Cronin, 13, had an underlying medical condition and passed away just before midnight on Monday. He has been described as a “lovely lad” who “always had a smile”.

The youngster’s mother Lorraine said on Facebook she was “broken” following her only son’s passing at their home in the Ballynanty Road.

The community on the city’s northside are rallying around her, while Thomond Community College – where he was a first-year student – is offering counselling to its distraught students.

His teammates at St Mary’s Rugby Club will form a guard of honour at his removal, set for this Friday night.

His funeral will take place in St Munchin’s Church at Clancy’s Strand at noon on Saturday.

A candle and a picture of young Dylan sat in the reception of his primary school, John F Kennedy Memorial School this Wednesday, with its principal Dalach Carey saying the whole school community was “just devastated”.

Daniel Moore, St Mary’s RFC, who coached Dylan since he was eight years old, said: “He was just a lovely kid. He always had a smile on his face. He was so eager to please everyone. He loved his rugby, he was first down to training every Sunday. And no matter how hard the session was, he used to come over and thank the coaches, telling us he would see us next week.”

His principal Eugene O’Brien recalled that the youngster's favourite school subject was woodwork, something he practiced with his uncle outside school hours.

“He was very good with the homework club, he used to never miss it. He was so enthusiastic about school, he never missed a day. He had a 100% attendance record, and was so proud of this.”

His former principal Mr Carey added: “Dylan was a boy who had a lovely winning smile. He loved to read, he loved having a book in his hand. He was always jolly and kind-hearted. He adored his family.”

​Local TD Maurice Quinlivan, who lives in the area, said: “The community is in shock. He was a popular young boy in both his school and club. It's absolutely heartbreaking for his family, friends and neighbours. I’ve never remembered a child this young dying in this area – and I grew up here.”

Mr Carey recalled a happy memory of Dylan, when he dressed up for a school play, “and made everyone laugh.”

Reposal at Griffin's Funeral Home on Friday from 3pm. Removal at 5pm to St Munchin's Church. Funeral Mass at 12pm on Saturday.