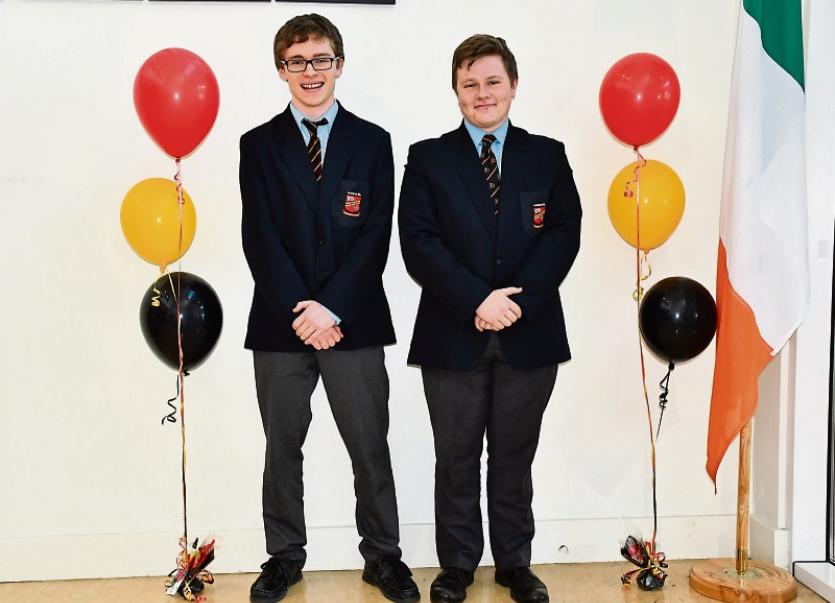 SIX Limerick students are set to take part in two events that will put their linguistics and problem solving skills to the ultimate test.

Ardscoil Rís is getting ready to send two students to the finals of one of the world’s most prestigious debating championships, while four more prepare for the All Ireland Linguistics Olympiad all to take place in March.

“Each year more than one thousand talented youngsters compete to make it to Cambridge for the tournament finals, and ultimately for the prestigious honour of being named Schools’ champion,” Deputy Principal Nicola Cunningham said.

“The competition boasts excellent opportunities for young people to get to grips with speaking in public, hone their analytical skills and countless other things, all useful for later life.”

The boys will compete in three debates, with teams awarded points depending on their positioning within each debate.

In a regional round with 32 teams or more, there will also be a break to a final, with all debates following the standard British parliamentary format.

The Cambridge Union is the oldest speaking Union in the world, and has a rich history of controversial debates and influential speakers.

Speakers who have addressed the Union in the past include the Dalai Lama, President Ronald Reagan, and Sir Winston Churchill.

“Congratulations to Dara and Domhnall for making it this far in the competition,” Ms Cunningham said.

“A big thank you to Ms Aoife Mc Carthy as well for all her work with these students.”

Meanwhile, students Matthew Kiely, Darragh Ryan, Darragh Dwane and Padraig Ryan are preparing for the problem solving challenge at the All Ireland Linguistics Olympiad final in Dublin on  March 13.

“These 4 students have made it into the final where the top 100 in the country will compete to represent Ireland at the International Linguistics Olympiad 2018 in Prague in July 2018,” Ms Cunningham said.  “We would like to thank our Transition Year coordinators in Ardscoil Rís for organising this event every year and giving our students this fabulous opportunity.”