Limerick councillors in a knot as invasive species proposal is debated 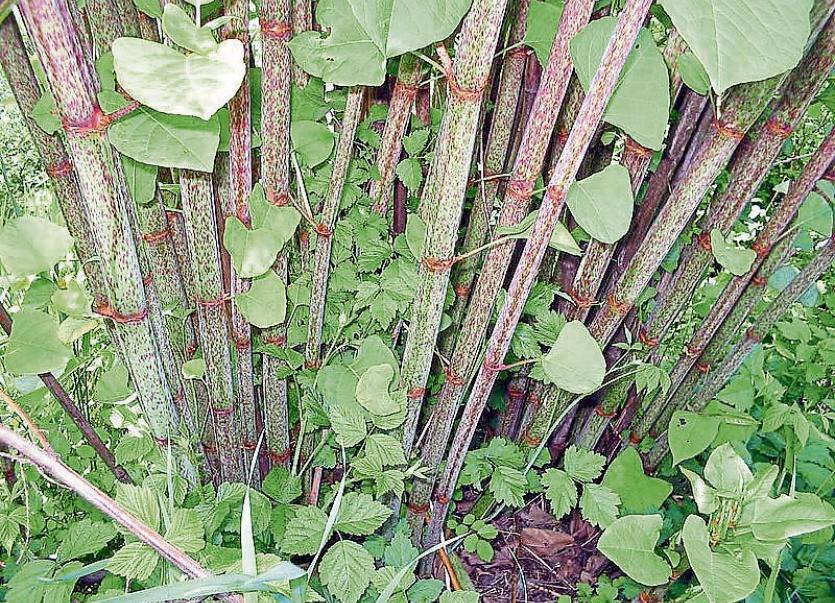 A MOTION calling for a blanket ban of all development at sites in Limerick where Japanese Knotweed is present was withdrawn due to a lack of support from councillors.

Cllr Vivienne Crowley had submitted the motion calling on Limerick City and County Council to “no longer approve planning on sites where there is a live infestation”.

During a lengthy debate at a meeting of the Economic Development, Enterprise and Planning Strategic Policy Committee, Cllr Crowley said invasive species such as Japanese Knotweed are “horrendously difficult to eradicate” and pose a significant threat to the environment and buildings.

Cllr Seighan O’Ceallaigh agreed saying the Council is struggling to deal with the problem which, he said, “has the potential to do a lot of damage”.

Cllr Seamus Browne agreed there is a problem with invasive species but warned that care is needed when it comes to changing the existing planning policies.

“We don’t want to make it more difficult (to get planning permission),” he said adding that clearing a site of Japanese Knotweed can be addressed through the planning process.

Cllr Eddie Ryan said the wording of the motion was “too restrictive” and that it could have a major impact on sporting and voluntary organisations  who may have plans to develop sites.

“There may be a sports field where there might be Japanese Knotweed in a small corner and they would not be able to develop anything,” he said.

Cllr Daniel Butler told the meeting he was opposed to the motion submitting it was “too broad. “Each site should be assessed and an agreed action plan put in place,” he said.

Donogh O’Donoghue, acting senior executive planner, told the meeting that Japanese Knotweed has come onto the Council’s radar in a significant way over the last 18 months.

He said every site is looked at on a case-by-case basis and that where Japanese Knotweed is discovered it is a condition of planning that it be removed before any works begin.

When Mr O’Donoghue said specialists are needed to declare that a site safe to build on, Cllr Crowley interjected saying: “I don’t think that is happening at the moment.”

However, Mr O’Donoghoe insisted the policy of attempting to deal with Japanese Knotweed within the planning process ensures the local authority retains “a level of control”.