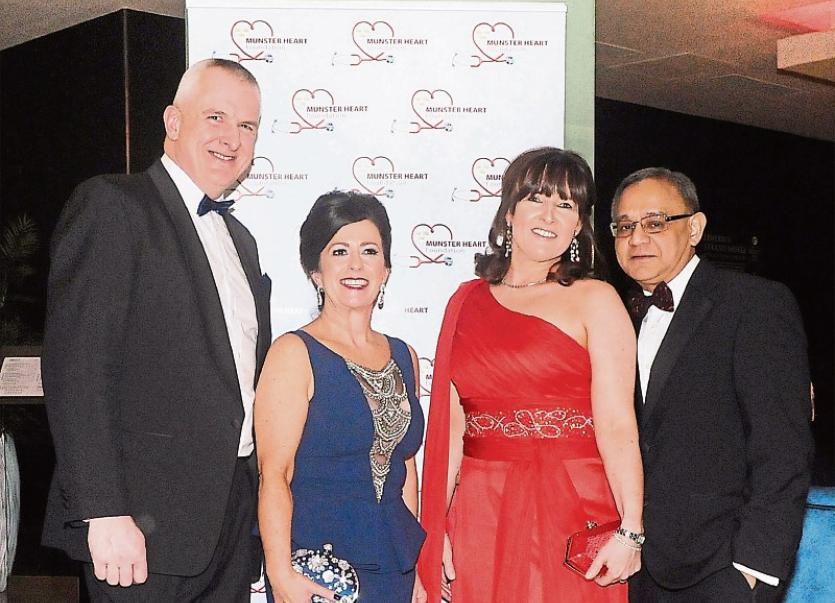 THE LIMERICK man who had a heart attack while swimming at the University of Limerick Sports Arena pool is calling on the public to support University Hospital Limerick’s aim to be a “cardiac centre of note”.

Mr Long, 47, whose heart stopped six times after suffering a heart attack at the swimming pool on March 10, 2017, spoke on the night of the need to invest in equipment and CPR training in order to save lives.

Director of the Munster Heart Foundation and consultant cardiologist, Prof Tom Kiernan, who founded the charity in 2013, said that it was a “huge pleasure” to host the event.

She welcomed Mr Long’s speech about his experience with UHL’s services.

In 2016, the cardiology department saw over 7,400 outpatients; and over 1,200 inpatient and more than 1,800 day case procedures were carried out in addition to more than 3,800 cath lab procedures.