WATCH: Limerick woman aims to raise €100,000 for vital surgery to achieve her dream 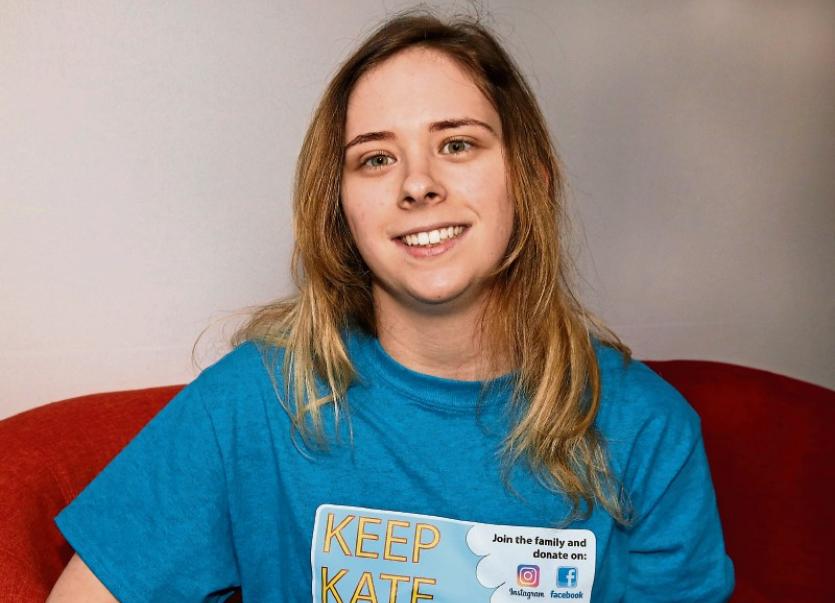 Castletroy woman Kate O’Sullivan, who is aims to raise €100,000 so she can undergo vital surgery in the USA Picture: Adrian Butler

A LIMERICK woman who is battling cerebral palsy is bidding to raise €100,000 so she can have surgery allowing her to live a normal life.

Friends of Castletroy’s Kate O’Sullivan have set up the ‘Keep Kate Walking’ appeal in a bid to raise the money for her to go to the United States for treatment to eliminate the rare form of the condition she has, Spastic Diplegia Cerebral Palsy.

The 23-year-old former Castletroy College student – who is already in constant pain – will lose the ability to walk and will become wheelchair bound due to the fact the tightness in her legs is increasing.

Already, Kate’s abnormal walking pattern has deteriorated further, and she is suffering from falls, and sleepless nights.

She is hoping to travel for treatment in St Louis in Missouri for a life-changing procedure known as Selectitive Dorsal Rhizotomy.

“What the surgery will do is permanently reduce the spasticity [muscle stiffening] associated with cerebral palsy by cutting the sensory nerves in my spine which are sending the wrong signals from my brain through to the muscles in my legs,” Kate explains.

“The muscles cannot function with the signals going from my brain through my spinal chord into my legs.”

Having completed a four-year course in chemistry and forensic sciences, Kate's dream is to work in forensics, something she admits she was inspired to do after watching the hit TV series CSI.

She feels without this surgery, all this could be put in jeopardy.

Asked how she feels if she were not able to do this, Kate steadfastly says: “I’ve not really contemplated it. I’m trying to remain positive.”

Having been born three-and-a-half months early, weighing just two pounds, and able to fit into the palm of her father’s hand, Kate has been battling all her life.

“I spent the first five months of my life in the neo-natal intensive care unit in the Maternity Hospital. Initially they felt I wasn’t going to survive as I was so premature,” she said.

The youngster, whose surgery will need to be followed up with two-years of intensive physio, has not let her condition stop her, though.

“At nine, when I was in primary school, I signed up to play Gaelic football and camogie. I was getting on fine playing that, but then at 11, I fell when I was running, and broke some bones. I suppose I never really thought this would impact so massively on me. But during my teenage years, things became more difficult,” she explained.

For more information on the campaign, visit www.keepkatewalking.com or telephone Paul at 085-8685374.