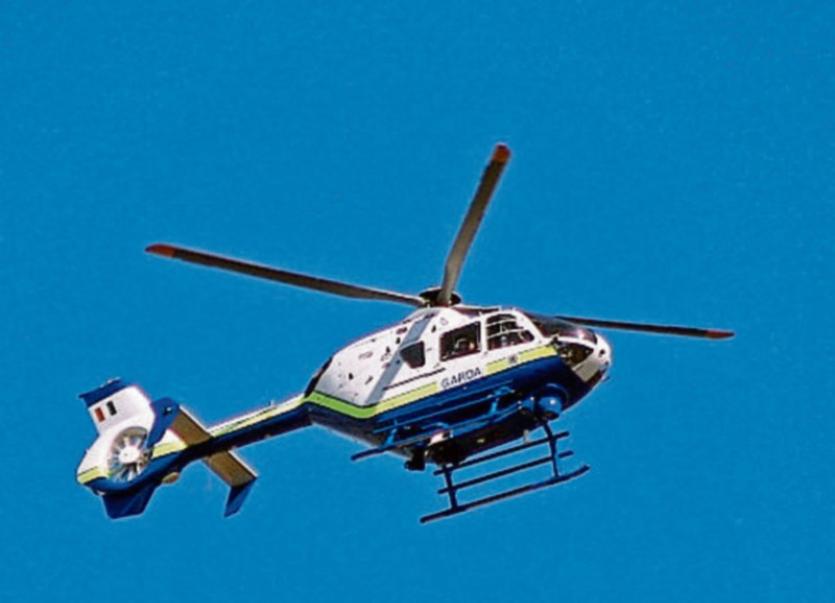 A garda helicopter assisted in the arrests

TWO MEMBERS of a rural burglary gang who were arrested in Sligo as part of a major garda operation are from Askeaton in County Limerick, the Leader can reveal.

The pair are suspected of carrying out dozens of burglaries up and down the West of Ireland as part of a marauding four-man gang.

Uniformed gardai in Sligo arrested the two men, aged 32 and 22, last Friday afternoon as part of Operation Thor, which is an ongoing garda initiative to tackle burglary gangs across the country.

Two high-powered vehicles were also seized by the investigating gardai, who were assisted in the arrests by members of the Garda Air Support Unit.

The suspects were held for questioning before being released without charge — a file is being prepared for the DPP.

One of the West Limerick men was also wanted on an outstanding bench warrant.

The gang has long been a target for Operation Thor, as they are suspected of carrying out at least 50 burglaries in the last two months alone.

The serial burglars reportedly target homes along the West of Ireland, predominantly in Cork, Limerick and up as far as Sligo.

They are suspected of using the motorway network, as well as high-powered cars, to make their getaway following the burglaries.