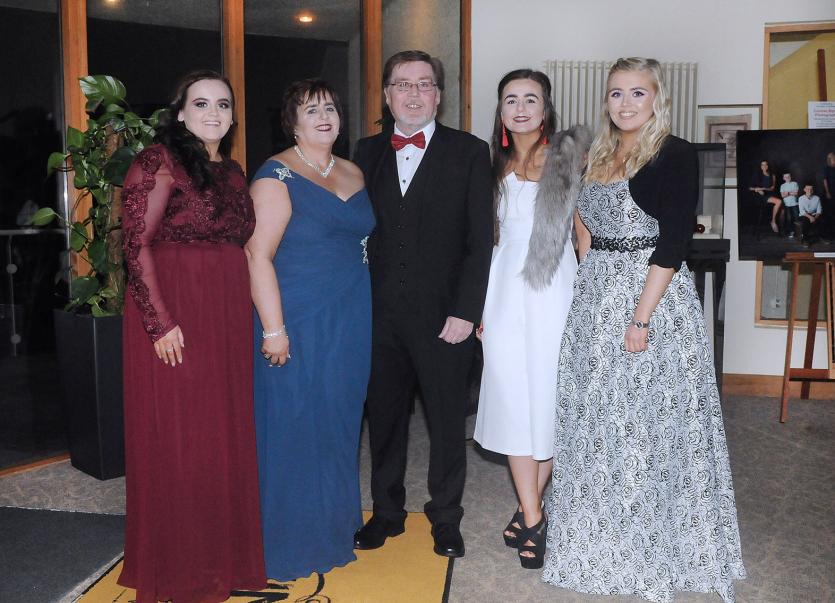 THIS MONDAY, Martina Lynch, from Ballyneety, would have turned 24.

Tina, who had a rare condition called MPS, passed away unexpectedly at just 14. Her parents, Martin and Mary, and sisters, Michelle, Melissa and Marion decided to organise a Valentine’s ball to celebrate Tina’s life and raise money for the Irish MPS Society.

The 120 tickets for Saturday night’s event in Vines restaurant in Ballyneety Golf Club were sold out weeks ago. Friend, Geraldine Dunne surprised the family by getting a giant poster with a photo of Tina made. The ball was a huge success and over €5,000 was raised for charity. Monday was an emotional day for the family with Mary summing up their feelings beautifully on Facebook.

“Happy heavenly 24th birthday to our darling angel Martina. You arrived into our lives quickly and little did we know how quickly you would leave us. You changed our lives in ways that nobody could. Love you to heaven and back. Hope you enjoyed your memorial ball on Saturday night, know you were there with us,” wrote Mary. Martin said that Tina was “the love of our lives”.

“MPS is an enzyme that is missing from the body. Usually you find the body doesn’t grow and you have a heart, liver, lungs that are normal size within a small body which causes problems,” said Martin, who explained all the M names in the family.

“After Tina was diagnosed with MPS it was found that I’m a carrier and Mary is a carrier. We were told no more children as there is a risk you could have another with MPS. But when we found out, Mary was already pregnant so we thought they would be the last. We said we could call her something M so not to leave her out. We called her Melissa,” said Martin.

Little did they know Marion would arrive a couple of years later. “We don’t know where she came from,” laughs Martin. “They’re very good girls - we’re very proud of them all.”