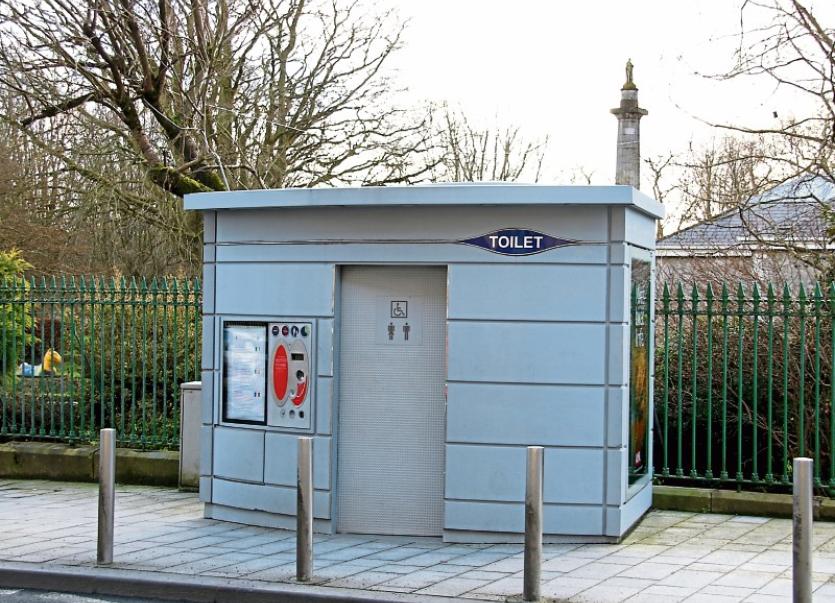 The public toilet at Mallow Street in Limerick city

THE cost to the taxpayer of those spending a penny in public toilets across Limerick was in excess of €150,000 last year, it can be revealed.

Limerick City and County Council has confirmed it spent a total of €151,338.26 during 2017 running and maintaining six public toilets – the equivalent of just over €25,000 per toilet.

According to records released to this newspaper under the Freedom of Information Act, four of the six toilets are located within the Municipal District of Limerick while there is one in Rathkeale and one in Newcastle West.

The four public toilets in the greater city area are located at Mungret Park, Shelbourne Park, Beford Row and Mallow Street (near the entrance to the People’s Park).

A number of the public toilets within the council’s administrative area are “pay per use” but it’s not known how much revenue is raised annually.

Advertising billboards have also been erected on some of the toilets.

In a statement issued this Wednesday a spokesperson for the local authority defended the spend, which equates to €414.62 per day.

“Limerick City and County Council is dedicated to providing a service to the people of Limerick and those visiting our city and county,” read the statement.

A spokesperson added: “It is important that Limerick City and County Council provides public convenience facilities for those that require them and that they are clean and sufficiently stocked when needed.”

When clarification was sought in relation to the nature of the expenses which were incurred, the council said it includes daily cleaning and ensuring that all surfaces are “free from chewing gum, dirt, detritus, dust, grease, litter, debris, fly posters, graffiti, limescale, water stains and excess moisture”.

Litter and sanitary bins and other receptacles are also emptied on a daily basis.

Monies were also allocated for the “provision of all consumables sufficient to last until the next schedule clean or visit” and ensuring that “all automation is operating”.

In a detailed statement, the council added that other routine maintenance includes the draining of the bottom tank of the toilets and “the disposal of hazardous and non-hazardous materials (including nappies etc) as required in a suitable manner”.

Other costs which were incurred by the local authority last year related to “fault and damage rectification” arising from incidents of vandalism or as a result of power, water or sewerage faults.