Victim of Limerick shooting was 'forced to leave home' 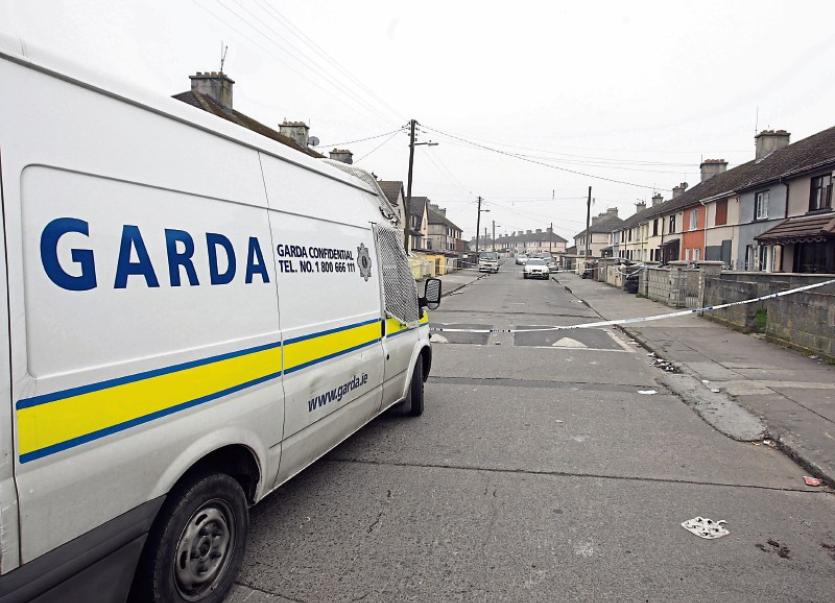 Gardai at the scene of the shooting in December 2014

A MAN whose Limerick home was targeted by a gunman who fired a shot through his front door has described how his freedom was taken as a result of the shooting.

In a victim impact statement which was read at Limerick Circuit Court, the now 50-year-old revealed he had to leave his home in St Mary’s Park following the shooting which happened more than four years ago.

Ian Waters, aged 23, who has an address at Colmcille Street, St Mary’s Park has pleaded guilty to possession of a shotgun with intent to endanger life on December 7, 2014.

His then girlfriend – Mary Louise O’Callaghan, aged 26, of Cronan Lawn, Shannon – has pleaded guilty to suspicious possession of a firearm on the same date.

Detective Garda Ronan O’Reilly said the shooting incident happened shortly after 11am while the occupant of the house was upstairs.

He said Mr Waters got out of a silver Ford Escort which was being driven by Ms O’Callaghan and walked towards the front door of the house at Senan’s Street, St Mary’s Park.

Waters, who was wearing a balaclava and a camouflaged army jacket then discharged a single  shot into the house through the glass sliding door.

More than 20 pellets were subsequently recovered during a forensic examination of the scene and Det Garda O’Reilly said a bullet had pierced the sitting room wall.

John O’Sullivan BL, instructed by state solicitor Padráig Mawe, said the defendant’s actions were deliberate and he submitted it was “not a case of reckless discharge”.

Judge Tom O’Donnell was told both defendants were arrested at Ms O’Callaghan’s home in Shannon a number of hours after the shooting.

It was accepted Ms O’Callaghan was less culpable and that she had been motivated by a “misguided sense of loyalty” to Waters.

Det Garda O’Reilly said while the shooting was linked to a local dispute the occupant of the house was not directly involved.

The matter has been adjourned to next month as certain legal matters need to be clarified before sentence can be imposed.