'Brazen' theft of kegs 'in broad daylight' from outside Limerick pub 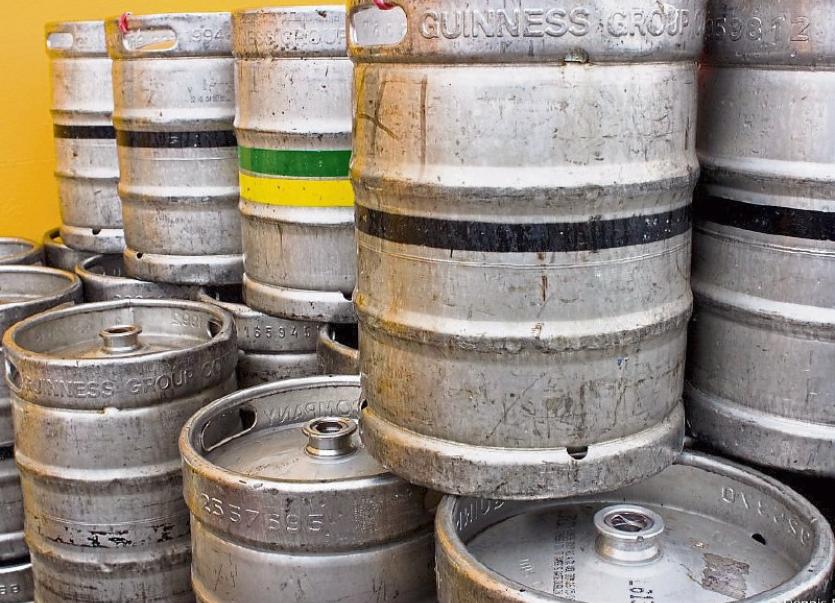 THERE have been renewed calls to open Askeaton garda station for 24 hours a day, after three beer kegs were ‘brazenly’ stolen from outside a pub in the middle of the day.

Three kegs of Heineken were taken from right outside the door of Cagney’s Bar, Askeaton, last Friday morning shortly after 11.15am.

The theft represents a loss of revenue of €1,100 for the pub.

In a post to social media, management at the family-run bar outlined the “scurrilous” act.

“Last Friday, 9th of February, here at Cagney's Bar, Askeaton, we had the unfortunate pleasure of getting three full kegs of Heineken stolen from outside our door. They had been delivered at 11.15am and were gone a short while later.

“For such a brazen act to be carried out in broad daylight, in the middle of the day, while the farmers market was adjacently going on in East Square, is nothing short of scurrilous and shows nothing but contempt for the laws of the land.

“Three kegs will set us back over €1,100 in lost revenue - at a time when many small businesses are already struggling, this is a serious blow. Feel free to repost, share or tag other bars in this post to raise awareness of what has the hallmarks of a professional syndicate ripping off bars throughout the Limerick area,” read the post.

This Tuesday morning, the theft was raised at the monthly council meeting of Adare Rathkeale, where councillors backed calls for the local garda station to be opened for 24 hour days.

“We are well-versed in the lack of garda numbers, but I call again for Askeaton garda station to be opened for 24 hours a day,” said Independent Cllr Emmett O’Brien.

“This is an area with a large population and a large industrial presence,” he said. “There is no greater deterrent to criminals than a garda presence.”

The councillors of the district, who have long called for the reinstatement of a full-time garda presence in Askeaton, now plan to schedule a meeting with senior gardai from the Newcastle West district and the Limerick division.

The Askeaton station used to be the seat of a garda division, but its opening hours and garda numbers were greatly reduced when it was amalgamated with Newcastle West.

The Cagney’s team urged any witnesses of anything unusual on the morning - “such as a vehicle reversing into the two parking bays outside the door or similar” - to contact them or the gardai.

“Friday lunchtime is a particularly busy time of the week in Askeaton, with the market, bank and other businesses around East Square popular, so hopefully this post might trigger something with somebody that leads to this plague of thefts around Limerick halted.”