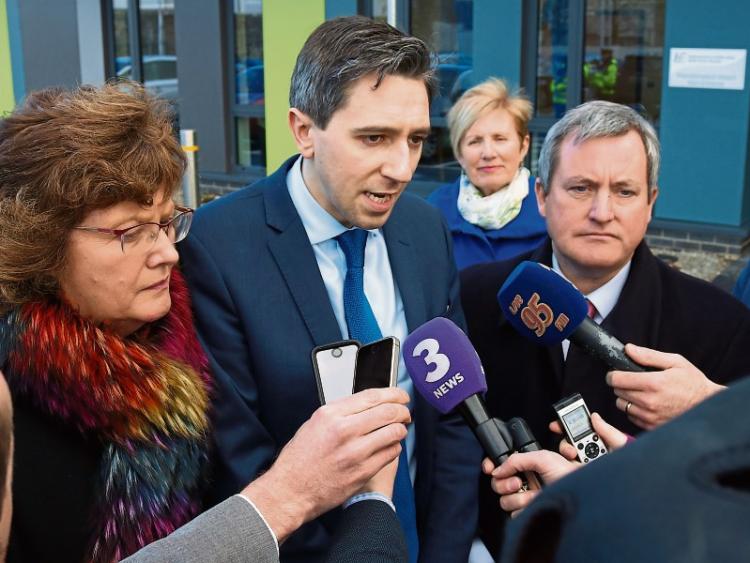 MINISTER for Health Simon Harris was unable to confirm if University Hospital Limerick will see a crucial, extra 96 beds included in the Government’s 10-year capital plan.

For more than a year, the UL Hospitals Group has sought funds from the Government to deliver the proposed acute bed block in order to alleviate UHL’s chronic overcrowding crisis.

There were 62 patients treated on emergency department trolleys and on extra trolleys or beds in the wards at UHL on Monday – the worst in the country, daily figures show.

UHL had 1,003 patients on trolleys in January, which was the highest trolley rate in the country during the “worst ever” month for overcrowding, the INMO said.

So far, approximately €1m has been set aside for the first stage.

But just days before the announcement of masterplan for the next decade, the Minister remained tight-lipped about whether it will be a good news day for UHL this Friday.

Speaking before the launch of the Barrack View primary healthcare centre this Monday afternoon, Minister Harris said: “You will understand that I will be in awful big trouble if I start reading out what is or isn’t in the plan. But let me say this, I know the people of the Mid-West and the people of Limerick have been promised additional hospital beds for many, many years.

"In fact, they were promised that when various reconfigurations were put in place that the beds would come.

“The reconfiguration went ahead, the beds never came. I think that it’s absolutely vital that we show good faith here and that we deliver the beds.

"I still do not understand how Governments of the past decided to reduce bed capacity in this region. I am determined to increase it. The 96-bed project is a really important development for Limerick, and I am very hopeful that we will be able to deliver good news in relation to that,” he said.

The Minister told reporters that even if the 96 beds were sanctioned “it would take some time to put them in place.

Minister Harris said the new emergency department, which he launched in June last, has “definitely improved the working environment for staff in Limerick and also the environment for patients. It has provided single rooms and isolation facilities that, quite frankly, weren’t there when I visited the old ED in Limerick.

"So I am delighted that we were able to invest in this, but there is clearly a need for more beds in the Mid-West region”.