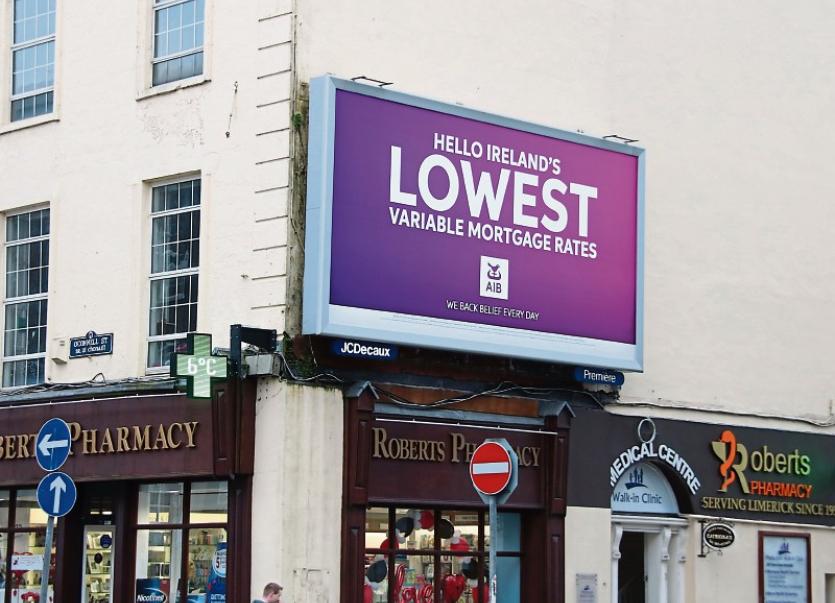 While the matter was referred to An Bord Pleanála for consideration last April, no decision has been made to date.

JUDICIAL Review proceedings have been initiated in relation to the decision of Limerick City and County Council to refer a planning dispute over two billboards to An Bord Pleanála for consideration.

The local authority is seeking to establish if the “erection of an internally illuminated billboard sign in place of a static/tri-vision billboard sign on the gable wall of a premises” is considered to be an exempt development or if it requires planning permission.

While the matter was referred to An Bord Pleanála for consideration last April, no decision has been made to date.

The two billboards which are at the centre of the dispute are owned by JC Decaux Ireland Ltd and are located at 105 O’Connell Street and at 23 Sarsfield Street.

Separate legal proceedings initiated by the local authority against the company have now been put on hold pending the conclusion of the Judicial Review proceedings which are due before the High Court later this month.

Seeking an adjournment of those proceedings, solicitor Will Leahy, said the High Court proceedings could take a number of months to conclude.