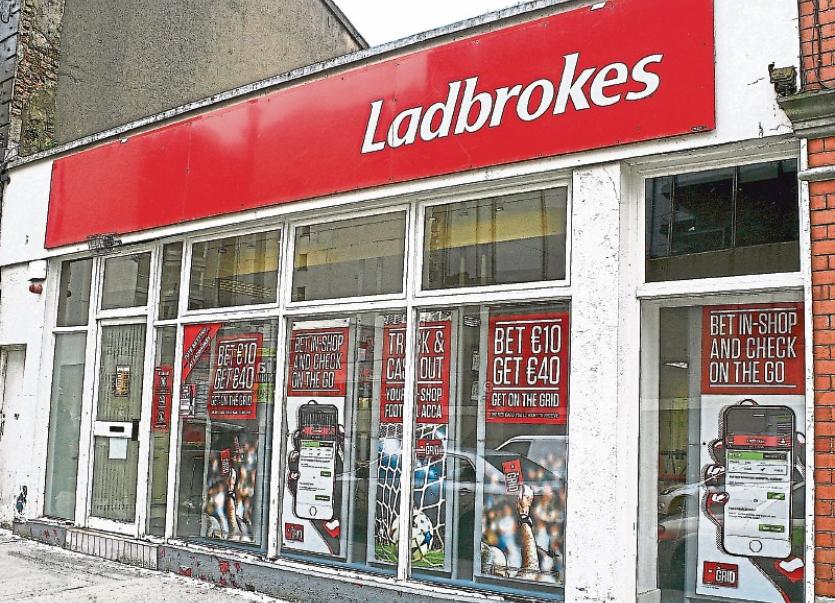 Neil Madigan and Hayden Johnson were prosecuted in relation to an incident at Labrokes, Cecil Street on March 17, 2015

TWO men have avoided prison sentences for their role in what was described by prosecutors as a “botched inside job” at a Limerick city bookmakers.

Neil Madigan, aged 33, of Elton Court, Meelick pleaded guilty to making a false statement to gardai following an incident at Ladbrokes, Cecil Street on March 17, 2015 while another man - Hayden Johnson, aged 25, of Crecora Avenue, Ballinacurra Weston – admitted stealing €6,000 in cash from a safe at the premises on the same date.

Following a sentencing hearing in December 2016, the matter was adjourned to allow both men pay compensation.

Limerick Circuit Court was told gardai were alerted to a “reported robbery” at around 9.45pm and that an investigation was subsequently launched.

Mr Madigan, who worked as customer services manager at the store, told gardai another man approached the counter, threatened him with a knife and demanded cash. In a formal statement made the following day he said he feared he would be stabbed to death by the raider, who took the cash from a safe.

Mr Johnson was quickly identified as a suspect and clothes matching those of the culprit were located when gardai searched his home.

The garda investigation took a twist when concerns were raised by Ladbrokes’ head of security who highlighted a number of breaches of procedure having viewed CCTV footage at the store.

Judge Tom O’Donnell was told gardai later established that Mr Madigan had failed to lodge cash in the bank on the previous two evenings which meant there was more money in the safe then there should have been.

Following his arrest a number of months late, he admitted telling lies saying he had facilitated the theft to clear a gambling debt.

Noting that compensation has been paid, Judge O’Donnell imposed 18 month prison sentences which he suspended for 18 months.