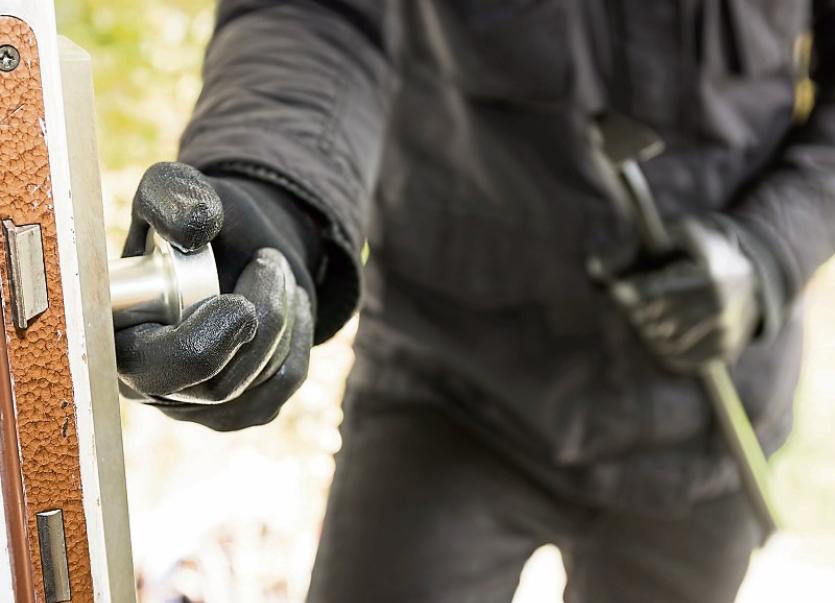 GARDAI in Limerick have warned of an increase in burglaries at rented accommodation while the houses are unoccupied.

Gardai said there was an “increase this last week of burglaries throughout the County with a concentration of them in the Castletroy area.

“It appears that rented accommodation was targeted over the weekend while houses were unoccupied,” said a spokesperson.

One break-in occurred, gardai said, in Avilla, Milford Grange between 5pm on Friday, January 26 and and 4pm the following day. Entry to the house was gained by damaging the front door. While nothing was taken, around €100 of oil was taken from the tank in the back garden.

There was a second in Milford Grange on Saturday, January 27, between 2pm and 10pm.

Again, the front door was forced open and a laptop was taken from a downstairs bedroom.

Gardai said it was possible that the same person or persons were responsible for both burglaries.

There were also a number of burglaries in the Hazelwood and Elm Park areas which were only discovered on Sunday, January 28.

In one of the houses a black JVC television and white Samsung Galaxy 3 tablet were taken. In another house, a black Samsung TV was taken.

In Elm Park, a thief gained access through a rear window which had been smashed with a rock and a JVC 32’ TV, a blue HP Laptop and the car from the front of the house were all taken.

“It is possible that the same thief or thieves are responsible for both of these burglaries and the gardai in Henry Street are investigating.

If anyone saw any suspicious or unusual activity, they should contact Henry Street Garda Station on 061-212400 or the Garda Confidential Line on 1800-666111.

The spokesperson said it was “important that when a house or premises is left unoccupied for a number of days that a number of steps are taken to reduce the risk of it happening.”

The advice is to ensure that all doors and windows are locked when there is no-one in the house. If there are no locks on the windows it is a good idea to source window locks from reputable locksmiths and have them fitted.

Do not leave valuables in sight of windows and if you are away for a few days and are in a position to take items of value with you then that should be considered. Otherwise ensure that valuables are put away securely. If you have an alarm fitted to the house, ensure that it is turned on and have someone available to respond to the alarm if it goes off.

“Have sensor lighting fitted to the house as this is a deterrent to thieves and do not leave any tools, implements or ladders lying around which can be used by thieves to help them access houses and buildings,” added the spokesperson.