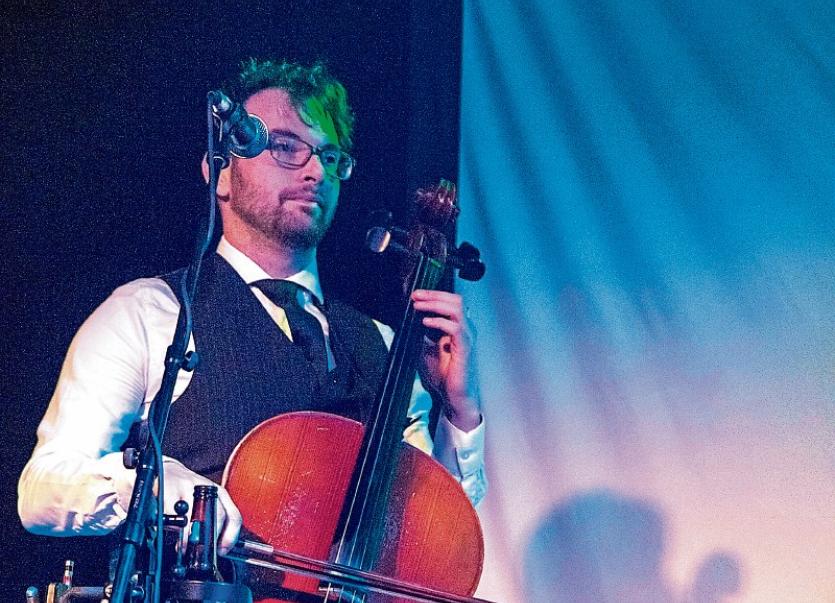 A CRITICALLY-acclaimed musician, who is just months from completing his PhD at the University of Limerick, may be forced to pack his cases and return to the United States over a “terrifying” experience with Ireland’s immigration service.

Irish World Academy student and cellist Alec Brown, who has been active in Limerick’s trad scene for years, said he has been in a “state of limbo” after his seven-year student visa expired in October last.

He said that on October 1, on the date of his visa’s expiration, he went to Henry Street garda station “to see what my options were”.

Alec, who is doing a PhD in Arts Practice, applied for an extension on his research to carry into 2018 “with hopes to graduate in August”.

When this was approved, the Arkansas man contacted the Irish Naturalisation and Immigration Service “to clarify that I needed to extend my student status as I was still a full-time student” until May 2018.

Alec, 30, has yet to receive a verdict from the INIS, he told the Limerick Leader this week. He said that he also had recently applied to avail of the graduate scheme but he has yet to get a decision from INIS.

The Limerick-based musician, who received positive reviews for his debut album Stepping Stone in recent months, has sought help from Minister Patrick O’Donovan who has made contact with INIS.

In September 2012, after completing his MA degree, he availed of the graduate scheme to allow him to work for year and to begin research before applying for a PhD.

Since 2013, he has been working on his PhD. “So from 2010 until September 2017, it had been seven years. However, I have not finished my thesis yet. It’s a PhD and I think it’s understandable and common that it may take longer than planned due to various reasons”.

“Since then, I have written letters to INIS to explain this situation to them and attaching the letter stating I have an approved extension on my degree from University of Limerick. So far, I have heard nothing from them and I have 11 days until my visa has expired,” he said on Monday.

“I consider Ireland, specifically Limerick, to be my home. I’ve lived here for over seven year and have fallen in love with the country and the people. I’ve been walking across the Living Bridge over the Shannon river for the last seven years and living in the same house for five years. So the thought of potentially having to leave all of this behind not only terrifies me, but it breaks my heart,” he added.

Alec also performs with Caherdavin singer-songwriter Emma Langford, and was part of her ensemble in her critically-acclaimed debut LP Quiet Giant.

Emma said that since Alec moved to Ireland, he “has contributed to the music scene in a huge way.

“He has been a really good friend to me for years now, and was supportive of my musical endeavours before he ever came on board as a bandmate. He is a vibrant, kind, and generous person and has always been a stand-out member of the student body at the Irish World Academy in UL.”

She told the Leader: “We can’t plan for the future, nor can he, his friends or any other bands he plays in. He plays in and contributes to loads of bands around Limerick and Ireland.”

A spokesperson for the Department of Justice stated that it “does not correspond with third parties in relation to individual cases and as such corresponds directly with the person concerned”.