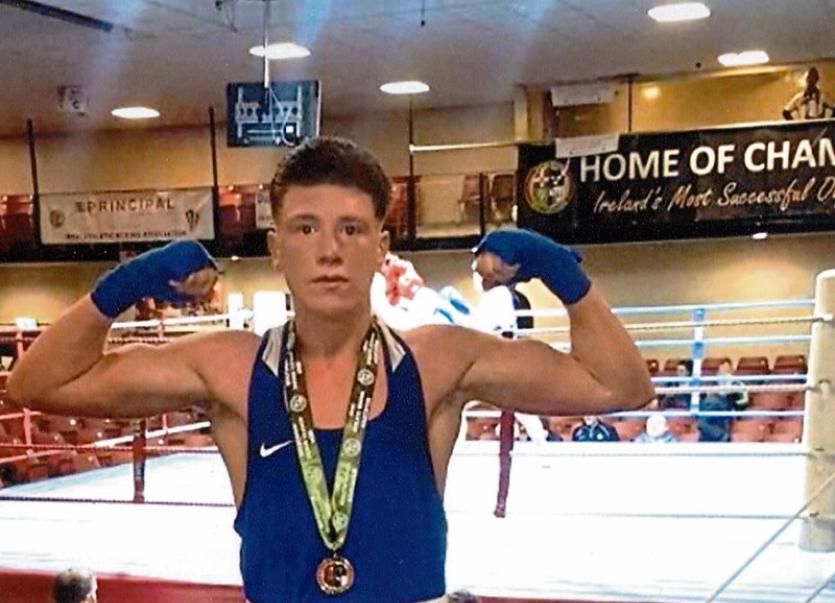 A LIMERICK boxer who was ready to claim his sixth All-Ireland title, had to flee from the ringside following a gangland shooting outside the National Stadium in Dublin.

Two men, aged in their 20s and 40s, were injured after a gunman fired up to eight shots outside the stadium on Friday night.

Gardai believe that the incident was linked to the ongoing Kinahan-Hutch feud.

Our Lady of Lourdes-St Saviours’ (OLOL) rising star, Edward Donovan was geared up for his clash against Glasnevin rival, Christian Preston, on Friday night, when suddenly a “stampede” filled the famous venue.

Club coach Shane Daly, who was in his corner, said that he heard the shots being fired, just moments before Edward was expected to enter the ring.

He said the scenes of panic in the stadium were “like a wave” as crowds darted towards the emergency exits.

“It was pretty upsetting. My own daughters were with me. They scattered out there as well. My daughter’s phone was busted and her jacket was ripped. She was very upset,” Mr Daly said.

Due to the incident, the night’s boxing schedule was postponed until Saturday morning. Edward was first on the programme and unanimously beat his opponent.

“He boxed brilliantly, in fairness. He was very good,” he said.

Edward’s brother Patrick celebrated his 11th Irish title victory in the U22 division later that day. Both pugilists were coached by their father Martin Donovan.