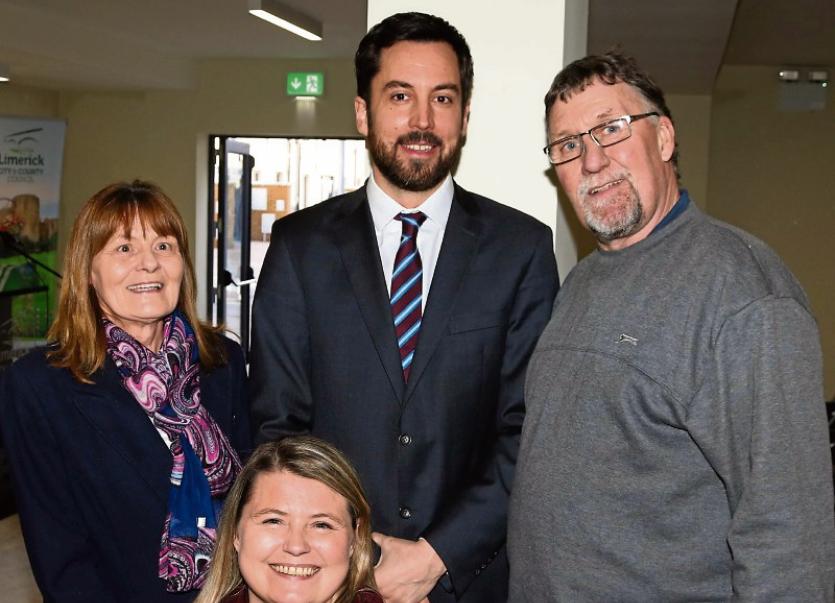 A BRAND new community has been created in the heart of the city as one of the largest social housing developments in the country opened.

Eighty-one housing units have been built in the grounds of the old Tait’s clothing factory, which closed in 1975.

A community centre has also been put in place at the development which comprises a mix of 57 one-and-two bed apartments for the elderly, and 24 three-bed family homes.​

Housing Minister Eoghan Murphy joined former staff of the old Limerick Clothing Factory – in its heyday the largest in the world – and new tenants to cut the ribbon at he €19m development.

He said: “This is an excellent model for tackling the housing crisis. We take old buildings in important parts of the community in the city, and we re-purpose them, we regenerate them, and we bring in new life into that part of the community.”

One of the new tenants, John Lyons, is to move with wife Bridget from Thomondgate. He said he was delighted with his apartment, as it means his daughter Suzanne will be able to visit more often.

“It’s a brilliant development. Where I live, there are steps up to my apartment. My daughter is disabled and she couldn’t get up the stairs. Now she can come any time and get a cup of coffee. It’s absolutely so positive,” Mr Lyons said.

Maura Stapleton, of Mallow Street, used to work in the clothing factory.

The 88-year-old was in reflective mood, looking around the walls of what was once home to hundreds.

“The housing is magnificent. I’m so proud to see what has happened,” she told reporters.

The Boherbuoy Band, whose bandhall is opposite, played at the centenary of the clothing factory – they returned this Monday.

Minister Murphy paid tribute to Jan O’Sullivan, who green-lit this scheme during her time as Housing Minister.

She said: “These houses have provided badly needed homes for hard-pressed people on Limerick’s housing list. Even at a time of terrible financial hardship, the Labour party in government delivered for Limerick.”