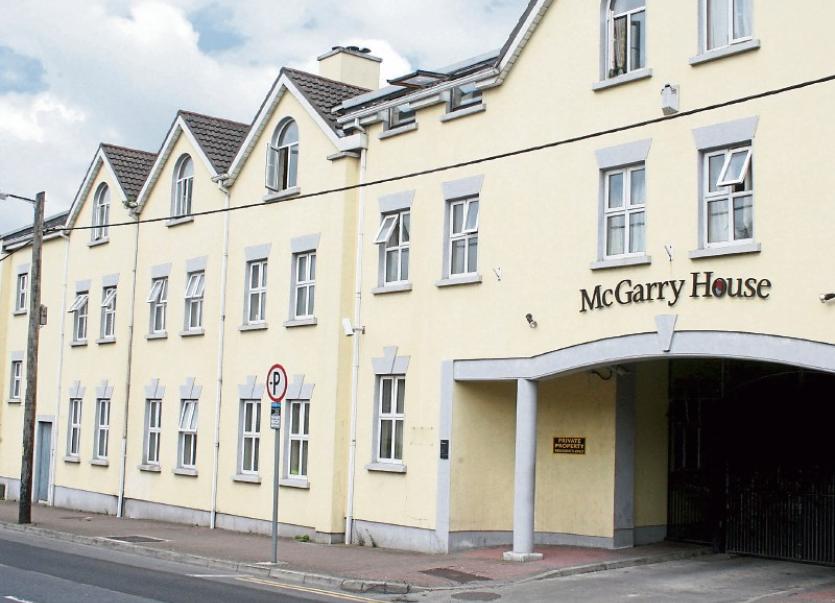 A HOMELESS man has been jailed for stabbing another man during a violent incident in the dining room at McGarry House in Limerick.

Ian Fitzgerald, aged 44, of no fixed abode pleaded guilty to assaulting another man causing him harm on October 14, 2016.

During a sentencing hearing, Garda Aoibheann Prendiville said the defendant lunged and struck the victim with a small knife which was attached to a bunch of keys.

She said Mr Fitzgerald believed a brother of the injured man was “in some way involved” in the death of a friend of his a number of days earlier.

“It was some sort of retaliation,” said Kenneth Kerins BL who added his client accepts his actions were “misguided and irrational". n

It was accepted the injured man had not provoked Mr Fitzgerald in any way.

Limerick Circuit Court was the incident, which happened shortly after 8am,  was witnessed by staff at McGarry House and that it was also captured on CCTV.

The victim sustained a 12cm laceration to his left forearm which requires sutures.

Garda Prendiville said the defendant, who has more than 30 previous convictions, was “very aggressive” and agitated when gardai arrived and that he could not be questioned for several hours following his arrest given his level of intoxication. Having considered the contents of a lengthy probation report, Judge Tom O’Donnell noted the defendant was “emotionally charged” at the time given the death of his friend.

He said his transient lifestyle and his use of alcohol were factors in the case as are his mental health issues.

The judge commented the defendant’s future is uncertain and that he is “effectively facing homelessness” when released from prison.

While Mr Fitzgerald made admissions and expressed remorse, Judge O’Donnell said the use of a weapon as outlined was an aggravating factor.

He said what happened was a serious offence and he imposed a three year prison sentence suspending the final six months on condition the 44-year-old remains under the care and supervision of the Probation Service for six months post-release.

Back-dating the sentence to the date of the offence, Judge O’Donnell asked that “every effort” be made to ensure Mr Fitzgerald has somewhere to go when released and that he does not end up sleeping rough.

“I’m very keen to see he is not left to sleep on the streets of Limerick,” he said.