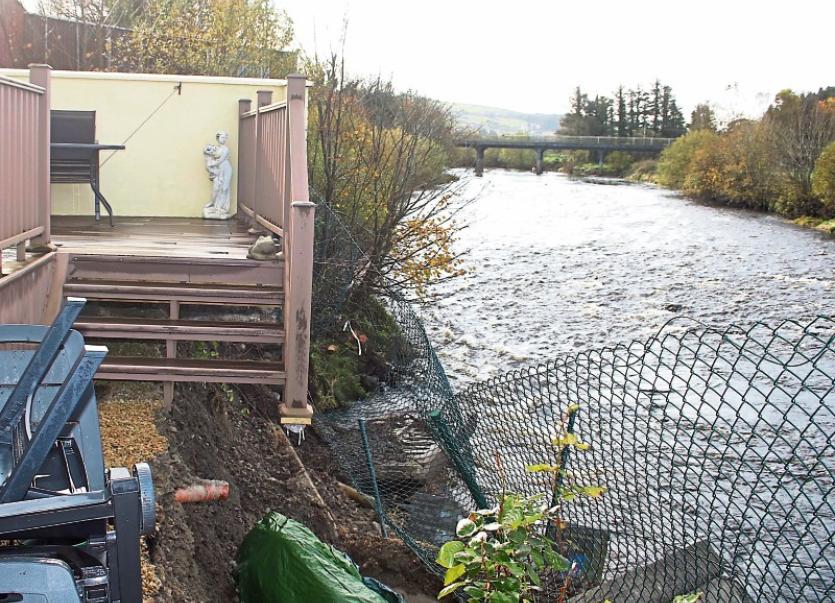 MINISTER Kevin Boxer Moran has told the Dáil he received “an awful lot of angry exchanges” about the plight of the Roches in Abbeyfeale whose home is threatened by riverbank erosion on the Feale.

His comments came when Fianna Fail TD Niall Collins questioned the minister on the matter last week, pointing out that the Roches were in “a really perilous situation”.

“Everybody seems to be running for cover and meanwhile the man’s house is literally going to be washed down the river,” Deputy Collins said.

But Minister Moran was adamant the matter was outside his responsibility.

Instead, the minister said, the embankment or gabion wall supporting the house had fallen or been taken by the river.

“I myself received an awful lot of angry exchanges over the Christmas period from certain quarters within that area,” the Minister continued.

“I am not responsible in relation to that area. It is a matter for the local authority in question and the Department of Housing.”

Speaking to the Limerick Leader afterwards, Deputy Collins said Limerick City and County Council must now “step up to the plate”.

“They already have gotten an engineer’s report on what is required. In the interests of fairness to Eamon Roche and his family, the council should step forward and to the necessary work and avoid the situation where his house is going to be washed away.”

On the wider issue of the erosion, Deputy Collins said the problem was there was no over-arching body responsible for erosion, flooding, fish life and wildlife along our rivers. But that, he said, was a different conversation that needed to take place nationally.