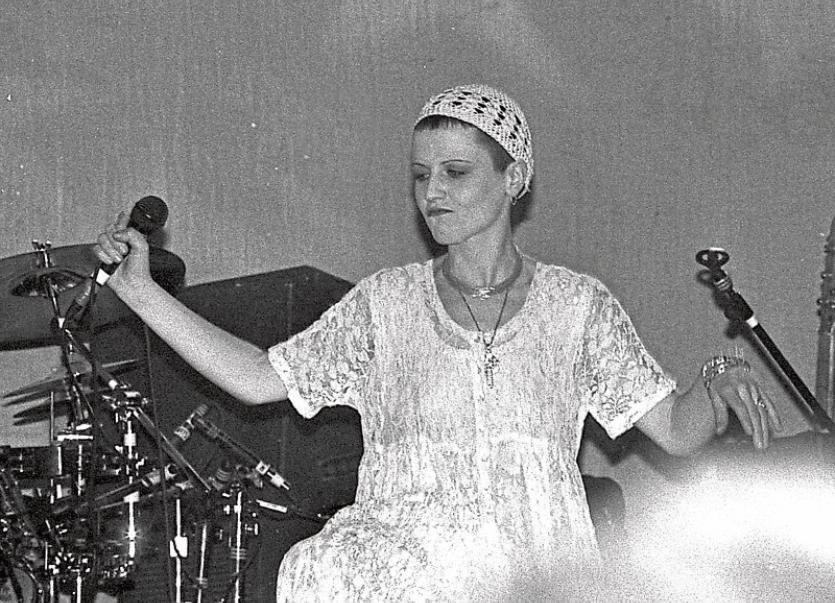 THE PROPRIETOR of the venue where the Cranberries played a landmark homecoming gig in 1993 has written to the chief executive of Limerick, Conn Murray requesting that Project Opera is renamed in her honour.

Seamus Flynn, the owner of the former Theatre Royal on Upper Cecil Street, told the Limerick Leader he was inspired to make the request following the front page of this newspaper last week.

The front page was dominated by two news stories, side by side, relating to the untimely passing of Ms O’Riordan, as well as the news that an €85 million loan has been approved for Project Opera.

Project Opera was named in honour of Catherine Hayes, one of the world’s best known opera singers, who was born at on Patrick Street in 1825.

However, Mr Flynn has written to the City’s chief executive Conn Murray to ask if the €200 million project can possibly be renamed to include a reference to Ms O’Riordan.

“She should at least share the stage,” Mr Flynn said. “It is a unique opportunity that a small city the size of Limerick can make a gesture to celebrate two global superstars; unique women, from worlds as diverse as opera to rock.”

Some of the suggestions for alternative names for the project include ‘Cranberry Hall’, ‘Project Dolores’, ‘Project Cranberries’ or ‘Project Rock.’

Both Catherine Hayes and Dolores O’Riordan have connections to the Theatre Royal.

Ms Hayes was talent spotted in the 1820s by the Church of Ireland Bishop at the time, Dr Edmund Knox, who was a massive supporter of the Limerick Athenaeum, the foundation of the Theatre.

Dr Knox arranged for Ms Hayes to have her voice trained in Dublin.

She returned to Limerick in 1850 where she performed Bellini’s Sonnambula at the Theatre Royal.

Dolores O’Riordan performed with The Cranberries at the Theatre Royal several times in the early stages of her career.

The band staged a landmark homecoming gig at the venue in 1993 following a whirlwind tour of the United States.