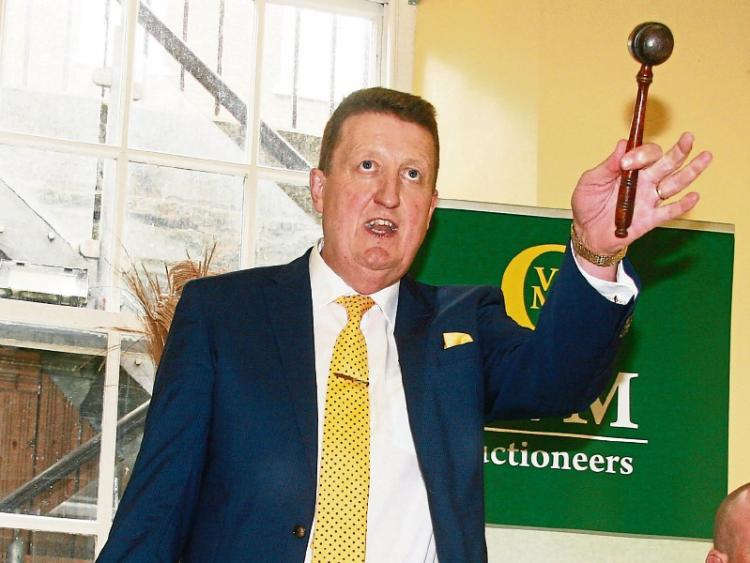 THE PRICE of land in County Limerick and in the Mid-West increased by 10% throughout 2017, according to Tom Crosse, group property director of GVM.

And the vastly experienced auctioneer expects prices to harden further in 2018.

“I think the forecast is quite positive. The outlook for milk is quite good and that is all helping. We would expect land prices to consolidate and improve a little more. A lot of farmers have new milking parlours, facilities and more cows and are now beginning to concentrate a bit more on land acquisition. I think that in turn will probably drive the value of land a little bit more in 2018.

“Interest rates remain low. Banks are also more enthusiastic and are keen to lend in to agriculture. A lot of them have appointed lending managers to concentrate on the agriculture sector and that is all helping land sales,” said Mr Crosse.

Between himself, John O’Connell and Richard Ryan in Kilmallock, GVM sold around 1,300 acres of land in 2017.

Mr Crosse said the average price of an acre worked out at around €10,000 an acre. However, he qualifies this by saying in some of the holdings the house price is included in the sale of the farm.

“That is important as it pushes the average up,” he stresses.

“The model of purchaser appears very much to be the dairy farmer or the high-end beef farmer.” He adds, 2017 was a great year for milk.

“A lot of land that would have been sticking in the latter half of 2016 and into 2017 all got sold during the summer and the back end of 2017 because farmers were more ‘flaithulach’ with the price of milk.

“I sold a farm to a fellow in October and he said, ‘I have been looking at that land for the last 12 months but I’ve had a great year now with milk and I’m ready to buy it as I am a way better off compared to where I was a year ago’. Financially things were much more positive.”

Mr Crosse says it is very evident that farmers still want to buy their own holding but he says they have seen less land coming to the market in the Mid-West region in the past 12 months. The reason is an increase in the popularity of long term leasing.

“A lot of people have opted for long term leasing to avail of the tax incentives - there are great thresholds. If a wife is a joint owner of the farm they can also assume the same amount of rent tax free. You can also lease your entitlements and assume that rental income tax free.

“A number of farmers have opted for that system. The advantages for the landowners is the tax break and also most people who go into long term leasing improve the quality of the land. In many cases the tenant will reseed because they know they have longevity of tenure. They can plan ahead because they know how many years they have. They can reseed the land and derive the benefits of the fresh grass. That improves the overall farm from the landowner’s point of view,” said Mr Crosse.

Looking to the future, he says they have some interesting parcels of land in the pipeline.

“We have some stuff we have walked so we will expect a number of holdings to come to the market. It is early yet. It is only January, we are walking land now and getting ready for the spring,” he concluded.