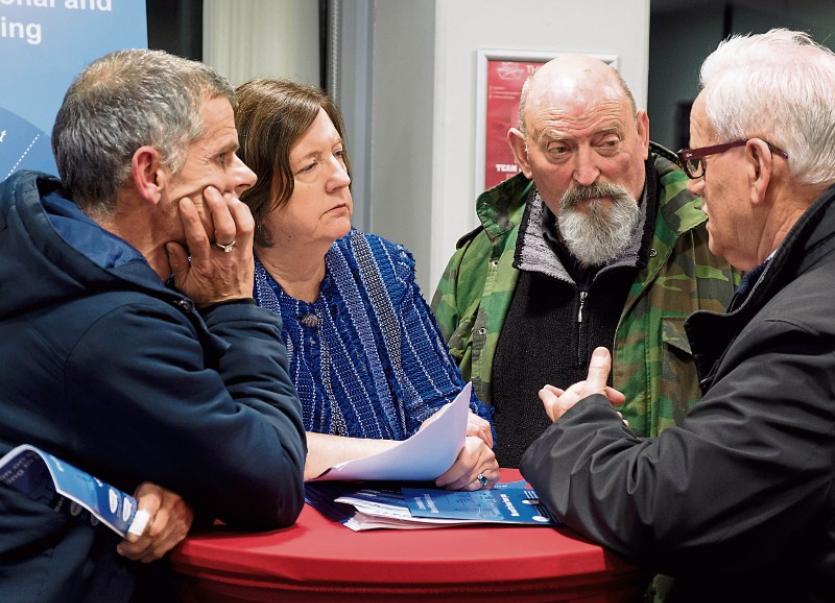 THERE were calls for additional garda resources and a greater emphasis on community policing from members of the public who met with members of the Commission on the Future of Policing at an event in Limerick's Thomond Park this week.

A large number of people attended the open event on Monday evening, which was organised as part of a public engagement programme.

Members of the Commission, which was established last May, also visited a number of garda stations across the region earlier on Monday.

“This is definitely the most valuable part of our work.  I was on the Patten Commission and I learned from that experience that it’s really important to get out and  listen to people on the ground – people living and working in neighbourhoods and that’s why we absolutely committed to doing that here,” said Kathleen O’Toole, who is chairperson of the Commission.

One of those who attended and who intends making a submission is former Chief Superintendent Liam Quinn, who retired from the force a decade ago.

He says it’s important that the needs of front-line gardai are taken into account along with the needs of the public.

“Running a big organisation is a very challenging. There are management issues but there are also issues in terms of the staff that you have working with you and their needs. They have needs and they have issues that need to be addressed as well.  People talk about how important it is to bring your community along with you but you also have to bring your staff with you too and if you have your staff with you it will go a long way to bringing the community with you,” he said.

Pensioner Maura Hayes, who lives on the Dublin Road, says community policing should be prioritised.

”I am great believer of what’s happening in our area where there are community guards and they do a good job,” she said. “They could do a bit more because you don’t meet them walking any more because they are all driving,” added Maura who is a member of the Limerick Senior Forum.

Noreen Waters, secretary of the Forum, says more needs to be done help older people who are living in fear.

“The main issue is the safety of older people who just don’t go out in the evening time because they are fearful. There is a concern over the lack of gardai due to the cuts - we have lost around 80 gardai (in Limerick) over the last number of years  and with those losses we just don’t have gardai on the beat anymore. For a lot of people the visible presence of the garda on the beat was a great comfort even if you never needed them,” she added.

Deputy Jan O’Sullivansaid it’s important that gardai embrace technology such as smartphones which were rolled out in Limerick before Christmas as part of a pilot initiative.

“I think the new pilot is a really good idea, it means there are police out on the street with their gadgets and able to do their reports which means they don’t have to spend so much time in the office and I think that is a real positive and it an efficient use of time and I hope it will be a blueprint for the future,” she said.

Speaking to the Limerick Leader, Kathleen O’Toole said it’s important that the needs of both rural and urban areas are included in the Commission’s final report.

The deadline for the receipt of submissions is January 31, next.