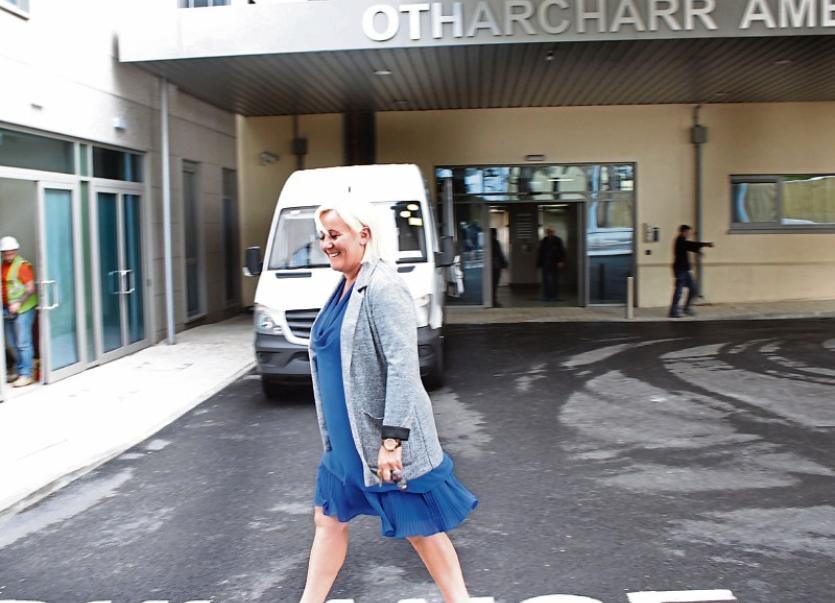 THE CHIEF of the UL Hospitals Group sought to meet with an anonymous person who was highlighting the overtime pay dispute at University Hospital Limerick on social media, the Limerick Leader has learned.

The issue surrounds a dispute between interns and non-consultant hospital doctors (NCHDs) and management at UHL, over non-payment of unrostered overtime hours.

Sources say that the issue has been raised every year for more than three years.

This Thursday, the Irish Medical Organisation (IMO) will confirm if it will ballot for industrial action, should the hospital not pay for unrostered overtime hours by January 25.

The UL Hospitals Group has written to the union to seek a meeting on the matter.

A source said that interns and NCHDs are “ready to press forward with industrial action”.

Last week, the UL Hospitals Group said that it issued €2.5m in overtime payments between October and December and that “any outstanding claims for unrostered overtime, where approved by line managers, will be paid in the January pay periods”.

One anonymous Twitter user, by the name of “Limerick Intern”, has been highlighting the issue on social media.

On January 9, Group CEO, Prof Colette Cowan, sent a direct private message to the anonymous account, seeking to meet with the individual.

Prof Cowan said: “Call up and see me so I can speak directly to you. Better than being faceless!”

When asked if Prof Cowan was concerned about the secret tweeter, a spokesperson for the UL Hospitals Group said that it “positively encourages members of staff to maintain a presence on social media”.

He said that if staff are speaking in a personal capacity but have “clearly identified themselves as members of staff we encourage them to be respectful and to abide by the HSE guidelines on use of social media by staff”.

“It goes without saying that the vast majority of our staff don’t need formal guidelines to understand that offensive, disrespectful commentary on social media is inappropriate.”

Regarding the ongoing pay dispute, the spokesperson said that it “greatly values the hard work and dedication of our interns”.

“We take our responsibilities as an employer with the utmost seriousness. Equally, the executive at UL Hospitals Group has a fiduciary duty in terms of managing public monies. We have a responsibility to control payroll costs in the interests of protecting services to our patients.”

The spokesperson said that it “rejects any assertion that unrostered overtime claims, once the agreed process has been followed, are not being honoured”.