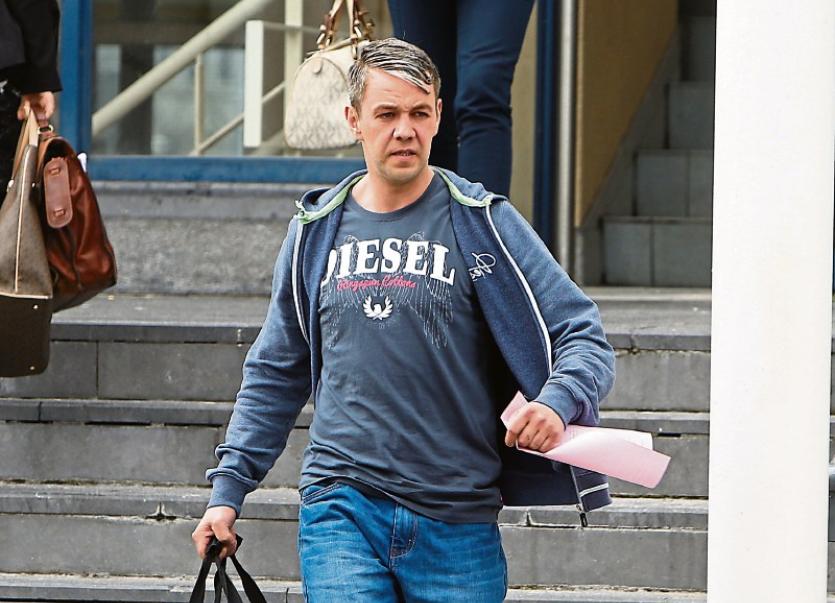 Liam Keane was granted bail despite a garda objection

A LIMERICK man whose “reputation is well known in the city” has been charged with attempted robbery following an incident at a service station on the outskirts of the city.

It is alleged that Liam Keane, aged 33, of Singland Gardens, Ballysimon threatened a member of staff with a large knife after he entered the shop at Maxol, Garryowen (Dublin Road) last Friday evening.

The defendant, who was arrested in connection with the incident earlier this week, was brought before Limerick District Court late on Wednesday night.

Opposing bail, Detective Garda Barry O’Grady said it will be alleged Keane chased the member of staff from the store before leaving the premises empty-handed a short time later.

He said the attempted robbery happened at around 7.20pm and that it is the State case that Keane can be tracked on CCTV cycling between his home and the service station around the time of the incident.

He told Judge Marian O’Leary that CCTV footage has been obtained from the service station, from a number of private homes and from a bus which was in the area around the time of the alleged offence.

Footage, he added, has also been obtained from a CCTV system at Keane’s family home.

The detective agreed with solicitor Tom Kiely that Keane “enjoys the presumption of innocence” and that the charge before the court remains an allegation until proven otherwise.

He said distinctive clothing worn by the culprit is “identical” to clothing owned by the defendant and he said he is certain a pedal bike recovered at Keane’s home was the one used by the culprit.

Mr Kiely told the court his client had denied the allegations during interview and he submitted the evidence against his client was weak.

Sergeant Donal Cronin rejected that assertion stating he believed the evidence “could not be any stronger”.

It was accepted by gardai that Keane does not represent a flight risk and that any trial is unlikely to take place until next year if the matter proceeds on indictment.

Having considered the objection, Judge O’Leary said she was granting bail subject to a €12,000 independent surety.

When released, Keane whose partner recently gave birth to the couple’s first child, must live an address in Dooradoyle, obey a curfew and sign on daily.

He was ordered to give gardai his mobile phone number and he must remain alcohol and drug free as a condition of his bail.

A file is to be prepared for the Director of Public Prosecutions in relation to the matter.