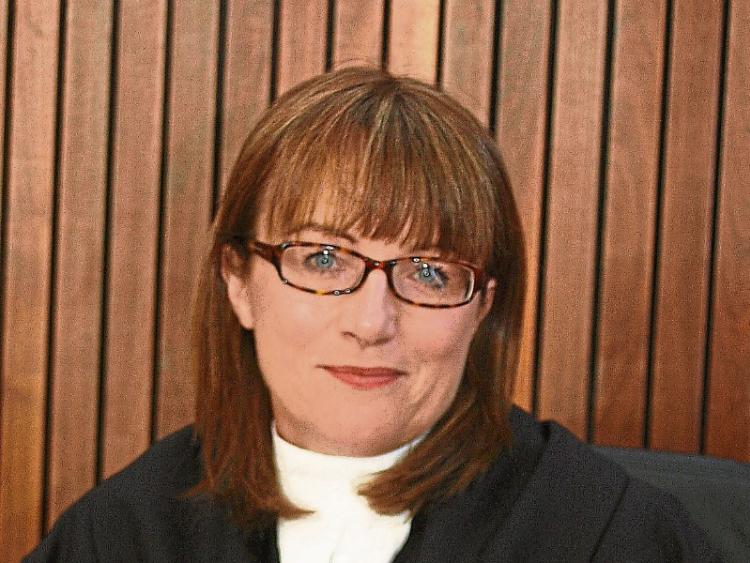 Judge Mary Larkin: ‘drink in your father’s house and you’ll end up in jail’

A JUDGE in a Limerick court has revoked the bail of a chronic alcoholic who told his elderly father he wished he would hurry up and die during a drinking binge two days before Christmas.

The 49-year-old is charged under the Domestic Violence Act with breaching a barring order which was taken out by his father who lives alone on the northside of the city.

He has appeared before Limerick District Court on several occasions over the past month with gardai expressing serious concerns about his behaviour when he drinks.

Last week, Judge Mary Larkin warned the man he would be placed in custody if he continued to drink at the house where his 81-year-old father lives.

The pensioner, who wore glasses and used a walking stick as he walked to the witness box, described how he had to leave the house on December 23, last as his son “went totally wild” having consumed a slab of beer in the space of a few hours.

The man said he had confronted his son about his drinking earlier the day as he was sick of it. “He laughed at me and said the sooner I die the better,” he told the court.

The witness agreed with solicitor Sarah Ryan that her client is “grand” when he doesn't’ drink and he accepted that he helps with the cleaning and cooking despite the existence of the barring order.

Ms Ryan described her client as a Jekyll and Hyde type individual adding that he had been in a state of “almost constant intoxication” over the past month.

In his evidence, the defendant who faces charges in relation to a number of separate alleged breaches of the barring order, agreed that he is “not a nice person” when he drinks.

He said he cannot remember what happened on December 23 and he told Judge Larkin that he no longer wants to get into trouble and was willing to stop drinking.

At a hearing last Thursday, the judge said the pensioner is entitled to  “the dignity of growing old in peace” and that she was not impressed with the behaviour of his son.

After agreeing to release the defendant on bail, she warned she would remand him in custody if he re-offended.

“If you drink in your father’s house, you will end up in jail until you find alternative accommodation,” she said.

On Monday the defendant was brought before the court again after he was charged in connection with another incident at his father’s home on Sunday night.

On the following day, gardai made a formal application to revoke the bail which the defendant had been granted just five days earlier.

Having considered the matter, Judge Larkin granted the application and she directed that a probation report be prepared in relation to the man ahead of a sentencing hearing in the coming months.

The 49-year-old defendant was remanded in custody and is due to appear before the court again next week.

The maximum penalty which can be imposed for breaching a barring order is a fine of almost €1,700 or up to 12 months’ imprisonment