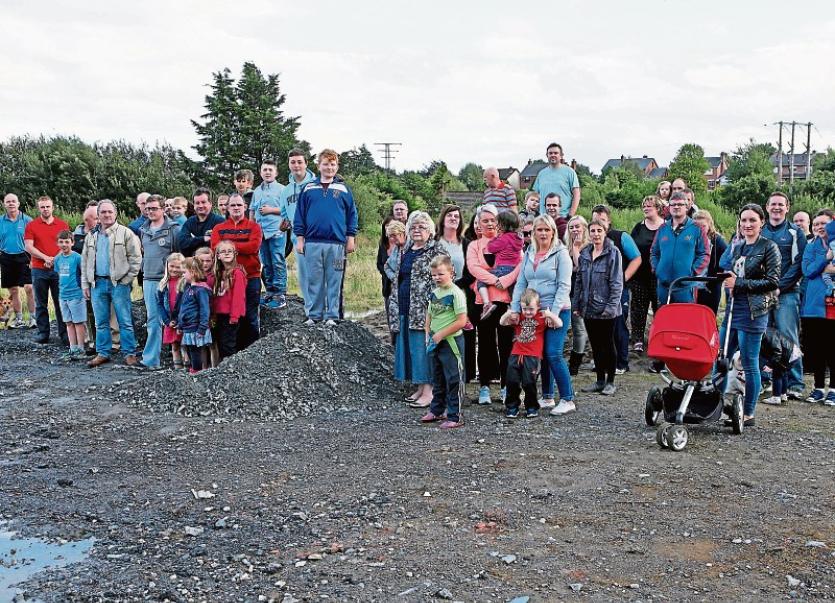 FORMER Limerick mayor Kieran O’Hanlon has warned that if a proposed social housing development at Drominbeg gets the green light, it could lead to flood problems.

Silvergrove Developments is seeking permission to build 20 homes in a mix of two, three and four bedroom units at the last green space in the Rhebogue estate.

But the application has been appealed to An Bord Pleanala after residents protested the decision by council planners to grant permission.

Their concerns are around the fact the area already has a quota of social homes. They are also concerned about a loss of green space, and a potential decline in value of their homes.

“I’m no engineer, but if you put more concrete in a green area, where will all the water go,” he asked.

“If they do get permission to build houses there, you can see flooding for existing tenants and residents in the area,” Cllr O’Hanlon said.

“We’re looking at severe flooding. Climate change has affected all parts of the country.”

The Fianna Fail member praised the residents for formally appealing the decision for the homes.

He said: “I’m totally opposed to this development. I’ve made my position on this all along from day one. I think the council would be more gainfully employed providing proper facilities and amenities for the people living in Rhebogue.

“There is nothing there for the residents.”

Silvergrove Developments is building the development on behalf of the Council.

And Cllr O’Hanlon went further, saying that putting 20 social housing units in the corner of a private estate, is “a form of social segregation rather than a form of soicial integration.”

An Bord Pleanala will make a decision on the proposals by the end of the month, it’s expected.