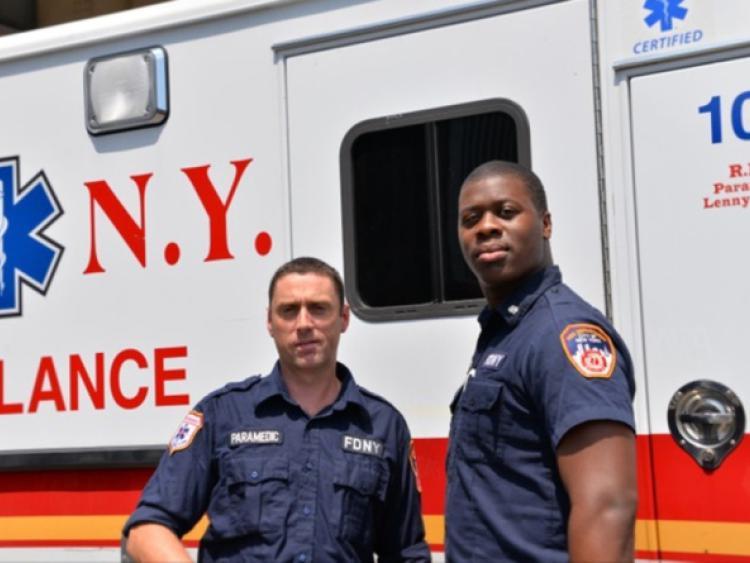 A LIMERICK born paramedic has saved the life of a man in New York who jumped into the freezing Hudson River, according to reports in the US.

Paramedic Niall O’Shaughnessy, a member of the New York City Fire Department (FDNY) for eleven years, rescued a man from the turbulent waters of the Hudson River on Saturday by jumping in save him, despite the -4 degree temperature.

According to New York Daily News, Mr O’Shaughnessy, who is originally from O'Connell Avenue, and his partner Mingze Wu were travelling up a highway in Lower Manhattan when they saw a group of police officers gathered near the river's edge.

A patient who had wandered out of a nearby hospital had tried to attempt suicide by jumping into the Hudson River and the group was trying to rescue him with a life-ring.

He was beginning to slip when Mr O’Shaughnessy and his partner had arrived on the scene, according to the report, and so he removed his equipment belt and jumped in after the man.

“I swam behind him and locked my arms around him to keep him secure,” Mr O’Shaughnessy said.

“My partner and firefighters from Engine 10 began pulling us up.”

The water was freezing cold, according to Mr O’Shaughnessy.

“Within about 30 seconds, I could definitely feel it in my arms and legs.”

“They weren’t really working. I couldn’t barely get my hand around the ladder they had sent down.”

This is the third time in recent years Mr O’Shaughnessy has staged a daring rescue.

He previously jumped into the Hudson River to rescue a suicidal woman in July 2015.

In 2014, he jumped onto a Manhattan subway track to save Mary Downey, an Irish woman who had become trapped between two train cars.

Both he and fellow Irish-born FDNY member, Sean Cummings, were later honoured at the inaugural Irish Echo First Responders Awards for this feat in October.

In August 2014, he also helped save a patient in cardiac arrest during the New York City Triathlon.

Mr O’Shaughnessy has been described by his colleagues in the FDNY Emergency Medical Services (EMS) as a “true hero.”

“It takes courage to do what Niall did today, placing his life on the line to save others,” Oren Barzilay, president of EMS Local 2507, told New York Daily News.

“He's a true product of FDNY EMS, the best EMTs and paramedics.”